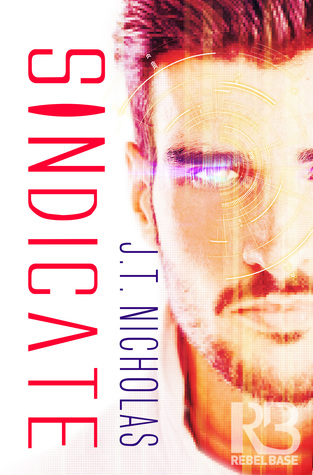 Synths were manufactured to look human and perform physical labor, but they were still only machines. That’s what the people who used—and abused—them believed, until the truth was revealed: Synths are independent, sentient beings. Now, the governments of the world must either recognize their human nature and grant them their rightful freedom, or brace for a revolution.

Former New Lyons Detective Jason Campbell has committed himself to the Synths’ cause, willing to fight every army the human race marches against them. But they have an even greater enemy in Walton Biogenics, the syndicate behind the creation and distribution of the “artificial” humans. The company will stop at nothing to protect their secrets—and the near-mythological figure known to Synths as “The First,” whose very existence threatens the balance of power across the world . . .

SINdicate by J.T. Nicholas is the second book of  The New Lyons Sequence series. The series is a futuristic science fiction fantasy in which the main character is/was a police detective. In the first of the series Detective Jason Campbell came upon the scene of a brutal murder of a woman but found the victim was a synthetic so to the eyes of the law not worth investigating.

Jason however does not see the synths the same way the rest of the world does and began looking into the murder anyway. That led to where the story picks up now shortly after the end of the first in which Jason has aligned himself with the synths to fight for their rights to begin to force the world to treat them as human and not property.

This series is definitely one that is best to read in order as the world was set in the first book and I think a reader jumping in would be lost on what is happening now. The first book was a bit of a scifi/fantasy mixed with a detective mystery but now the main character is a wanted man by siding with the synths and helping their rebellion. The books bring in the question of just what makes a human and questions the way society is treating the synthetics as property when it is obvious to the main character that they have feelings and emotions the same as any human would and now there is even more proof.

At the end of the first while I enjoyed the world the author had created and the ideas behind it I thought the main character was a bit stiff, that really hasn’t changed. I think the fact these are shorter reads it leaves a bit of character building out but still a decent job for as fast paced as they are. This one felt a bit like what it is though to me in that it is the middle book so I’ve lowered my rating a bit with wanting more to happen but it has set up the next in line so I’ll be interested in seeing where the series heads next in the fight. 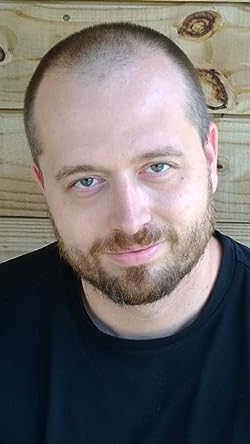 J.T. was born in Lexington, Virginia, though within six months he moved (or was moved, rather) to Stuttgart, Germany. Thus began the long journey of the military brat, hopping from state to state and country to country until, at present, he has accumulated nearly thirty relocations. This experience taught him that, regardless of where one found oneself, people were largely the same.

When not writing, J.T. spends his time practicing a variety of martial arts, playing games (video, tabletop, and otherwise), and reading everything he can get his hands on.

J.T. currently resides in Louisville, Kentucky with his wife, a pair of indifferent cats, a neurotic Papillion, and an Australian Shepherd who (rightly) believes he is in charge of the day-to-day affairs.