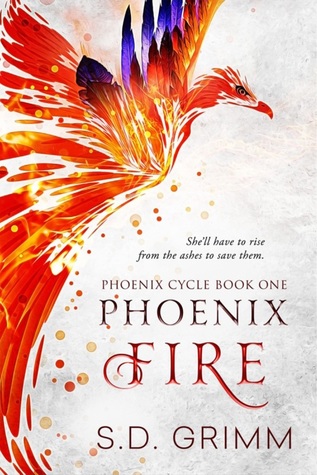 After spending her life in foster care, Ava has finally found home. But all it takes is a chance encounter with hot nerd Wyatt Wilcox for it to unravel.

Now, things are starting to change. First, the flashes of memories slowly creeping in. Memories of other lives, lives that Wyatt is somehow in. Then, the healing. Any cut? Gone.

But when Cade and Nick show up, claiming to be her brothers, things get even weirder. They tell her she’s a Phoenix, sent to protect the world from monsters—monsters she never knew existed. It’s a little hard to accept. Especially when they tell her she has to end the life of a Phoenix turned rogue, or Cade will die.

With Wyatt’s increasingly suspicious behavior, Ava’s determined to figure out what he’s hiding. Unless she can discover Wyatt’s secret in time and complete her Phoenix training, she’ll lose the life, love, and family she never thought she could have

Phoenix Fire by S.D. Grimm is the first book in the new young adult Phoenix Cycle romantic fantasy series. The story is told from multiple points of view along the way switching as the chapters change.

In the opening we meet Ava who seems to be a teen that has spent her life in foster care but has finally settled with a family. Ava has one strange quality about her in that she has these flashes of what feel like memories but the aren’t her own.

When Ava gets in an argument and takes off she witnesses a horrible accident involving her foster brother. At the accident jumping in to help Ava is Wyatt who Ava has seen around but doesn’t really know well. After coming home from the hospital Ava notices Wyatt seems to have been injured but when she checks nothing is there. Then Ava’s own injuries seem to heal on their own too.

Next readers meet Cade and Nick who are actually Ava’s brothers but have been separated from her. Nick has his memories of being a light Phoenix but Cade who is Ava’s twin is just regaining his but Nick knows that time is short and they must get to Ava before the dark Phoenix, Gwen, finds them all.

Now when starting off reading Phoenix Fire my first thoughts were hm, this could be interesting. But then I’ll admit as the chapters switch around the point of view it did get a tad confusing in the beginning piecing together the characters and situations. What a reader has is one with no knowledge of the Phoenix at all, one who is slowly figuring it out, one who seems to know something but doesn’t admit to it and one who does know but refuses to let all of us in on the details. As I said a bit confusing.

As it went on I did get more into the story as I learned of the Phoenix and how the rebirths and the battle that they have been fighting. The characters kept getting more fleshed out along the way to piece their stories together and there were also some other nice side characters that I liked too.

But then I came to another little detail as it went on in that as each have their flashbacks it did seem to get a tad repetitive along the way. By the time I had gotten to the end of this one too I wasn’t at all surprised to have it hang a bit up in the air as this is just the opening of a series so there will be much more to come. I decided when all was said and done to give this opening 3.5 stars as it is interesting but I’m hoping the next in the series will be a bit more focuses on the present now that things are more established with the characters. 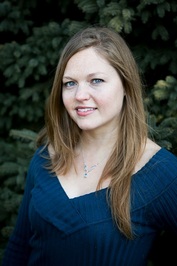 S. D. Grimm’s first love in writing is young adult fantasy and science fiction. That’s to be expected from someone who looks up to heroes like Captain America and Wonder Woman, has been sorted into Gryffindor, and isn’t much taller than a hobbit. Her patronus is a Red Voltron Lion, her spirit animal is Toothless, and her lightsaber is blue. She believes that with a little faith, a lot of love, and an untamed imagination, every adventure is possible. That’s why she writes. Her office is anywhere she can curl up with her laptop and at least one large-sized dog. You can learn more about her upcoming novels at http://www.sdgrimm.com