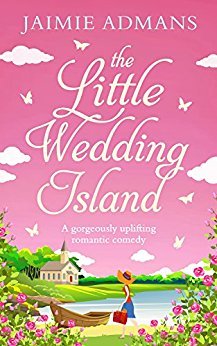 ‘Will you… pretend to marry me?’

Bonnie Haskett loves everything about weddings. She loves her job at a national bridal magazine and even has a deposit down on her dream dress. The only problem? She doesn’t have a fiancé!

So when Bonnie is sent to Edelweiss Island, known as ‘The Little Wedding Island’, it’s a dream come true. She’s heard the rumours, every wedding that takes place in the tiny chapel ends in a happy-ever-after.

But there’s a catch! Investigating the story, Bonnie needs to pose as a blushing bride – and the only man up for posing as her groom is her arch rival (and far too handsome for his own good) journalist Rohan Carter…

Bonnie Haskett is one that believes in happily ever afters and finding love so working for a bridal magazine covering weddings has always been perfect for her. Unfortunately though after finding herself in a Twitter war with a competitor she finds that her job isn’t exactly secure with the magazine losing business. Now her boss expects her to find the story of the century that will help save her job and decides to send her off to Edelweiss Island,  also known as The Little Wedding Island, which claims that no one married there has ever gotten divorced.

On the ride over to Edelweiss Bonnie finds herself helping another passenger who suffers from sea sickness. Rohan Carter is quite charming and nice and the pair find themselves hitting it off until Bonnie finds that Rohan is the same man who writes as R.C. Art who Bonnie had gotten in the Twitter war with. But when both of them find they have been sent to the island to save their jobs they come up with the plan to try to get the scoop but pretending to be an engage couple looking to wed on the islands when they are shut out like every other reporter.

The Little Wedding Island by Jaimie Admans is a bit of a rom com read with it becoming obvious from the start that it would be filled with humorous lines. But it went so much beyond the laughs bringing the reader into the story between this couple who are so clearly opposite of one another and also bringing in the charm of this magical island dedicated to love and marriage.

The author did a wonderful job setting this story and really fleshing out the characters and their surroundings on the island. Whether a cynic like Ro or a romantic like Bonnie the island and it’s residents couldn’t help but warm hearts even including a lovable little puppy for me to oohh and ahh over. Such a wonderful book from top to bottom that I couldn’t help but smile throughout reading and was a bit sad when my time on Edelweiss came to an end. 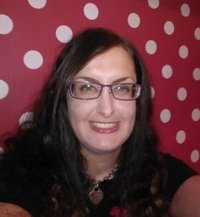 Jaimie is a 32-year-old English-sounding Welsh girl with an awkward-to-spell name. She lives in South Wales and enjoys writing, gardening, watching horror movies, and drinking tea, although she’s seriously considering marrying her coffee machine. She loves autumn and winter, and singing songs from musicals despite the fact she’s got the voice of a dying hyena. She hates spiders, hot weather, and cheese & onion crisps. She spends far too much time on Twitter and owns too many pairs of boots.
She will never have time to read all the books she wants to read.

She has been writing for years but has only just plucked up the courage to tell people.
She is the author of chick-lit romantic comedies Kismetology and The Chateau of Happily Ever Afters, and young adult romantic comedies Afterlife Academy, Not Pretty Enough, and North Pole Reform School.

Find out more on http://www.jaimieadmans.com or find me on Twitter @be_the_spark