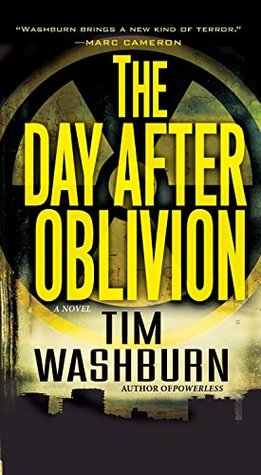 Title: The Day after Oblivion

AND SO IT BEGINS…
In the United States, the Department of Defense and the NSA computer networks have been hacked. A nuclear-armed CIA drone has lost all flight control. North Korea . . . Iran . . . Russia . . . and soon the gates of Hell will open.

DEFCON 1—FULL SCALE NUCLEAR WAR
Humanity’s most terrifying nightmare has become reality. Bombs are detonated, missiles are launched, counterstrikes are ordered, and within minutes, untold thousands of megatons have left countless millions dead or dying. Devastation of biblical proportions has fallen over the land . . . and the USA has been hit the hardest.

NOW THE SURVIVORS ARE ON THEIR OWN…
The death toll is incalculable. Following the devastation, there is no law, no power, no communication. But there are survivors. And now the real battle begins, on the ground, hand to hand, person to person. Can those who remain survive long enough to rebuild a world . . . or will it just take a little longer for them to die?

The Day after Oblivion by Tim Washburn is an apocalyptic thriller that takes readers on the wild ride of just what might happen if we face another world war. The story started with bringing in computer experts when it looks like the government has been hacked. Things quickly escalate leading the world to an all out nuclear war.

After the dust settles there are some survivors left in the world and this book tells their story and what it might be like for those left. The chapters are fairly short with each changing the point of view between different characters and groups that have survived and what is happening with them.

I have to admit I’ve always been a bit of a fan of the doomsday scenario movies and books. Who knows, maybe one of these apocalyptic thrillers will give me the tips to survive if it looks as if the world is actually ending or in the very least they are fun to read to pass the time with all the action and events.

I don’t know that I would say this book held anything new or amazing but even so I still found it to be an entertaining read. All of the survivors in the story seemed to lead completely different lives and have differing views on how and what to do after the bombs dropped so it made for interesting reading switching between what was going on with each of them at any given time. In the end I thought this was a solid read and would definitely check out more from this author in the future. 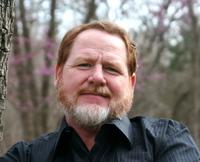 After graduating with a Journalism degree from the University of Oklahoma, Tim Washburn spent several years working in the television business. He’s worked as a photographer, producer, special projects director, and programming director both in Oklahoma City and Little Rock, Arkansas.

Shortly After the birth of their first child, he and his wife made the decision that Tim would be a stay-at-home dad, while doing some freelance journalism jobs on the side. Tim’s been president of the PTA, a soccer coach, a volleyball coach, and a life coach.

Tim knew from a young age that I wanted to write, but it wasn’t until several years ago that he turned his focus to writing and founds his passion.

Tim hopes his novel entertains you and that some of that characters may linger long after the book is finished .