Most wolves will roam at some point in their lives, fledgling adults leave to explore the world while more senior wolves may undertake a journey they always wanted to take. Many came home again, but Mitch Jackson didn’t. He loved his life on the road, first as a roadie for a rock band, traveling from city to city, then later as an animal trainer for a circus. He’s had a lot of jobs and all of them fun. Two years as an Enforcer hasn’t curbed his smile, but a rogue invasion of Russian wolves are enough to put a damper on anyone’s party, especially when they set their sights on the packs’ more vulnerable members.

Amelia Sullivan couldn’t stay in Willow Bend, not after her sister embraced the life she’d always wanted. It aggravated her that Shiloh’s defiance earned her a free pass from their family, and parents who’d raised them all to reject the idea of going wolf. Taking the first excuse she can to go to a cooking school on the west coast, she flees. The last thing she expected was an order to return home within three months of her getting away. She wasn’t a wolf, she doesn’t have to obey. Of course, not following the rules proves even more costly than she can imagine when she finds herself a prisoner and the change she always thought she wanted forced upon her…

Rescuing Amelia seemed a straightforward job until Mitch realizes what they’ve done, then saving her life proves to be the easier task as she undergoes her first transformation far from any alpha. Can a happy go lucky Enforcer find the strength to keep her sane

Read an excerpt from SHADOW WOLF:

When their front bumper slammed into theirs, he gritted his teeth. When he crested 120 mph, they slammed into him again. They were not going away and it was growing harder to keep the vehicle on the road with every hit.

Double checking Amelia had her seatbelt, he ripped his down and locked it in. Another glance at the review mirror showed him two figures in the car, though he could make out the backseat.

Trusting the airbags would deploy, he jerked the wheel to the left then slammed on the brakes. The SUV began to spin as its inertia took over. The other vehicle clipped the corner of his bumper jarring him as it shoved them further off the road and they slid sideways. He turned into the spin, but it was too late. The SUV flipped. He had no control as it bounced over and over rolling and until it finally came crashing down and sat on all four wheels. His jaw ached from the airbags deploying. The friction burn left his face raw, but Amelia slumped in her seat, unaware.

He listened for a split-second, determined her heart was still beating and her breathing was a little rough. Though it had been harsh before.

After breaking the seatbelt off, he wrenched the door open, then exited the vehicle. He made it out just in time to catch the side blow of a crowbar as one of their wolf pursuers brought it crashing down against his shoulder. He blocked the second blow, then jerked him forward and ripped out the other wolf’s throat. He had no time for games.

The beast gurgled but dropped still gripping the crowbar; Mitch abandoned him then rolled over the hood. The second wolf had gone straight for Amelia, and ripped off the passenger door. The wolf, sensing his assault struck upward with the discarded door and caught Mitch hard in the side, knocking him back several feet.

Undeterred, he lunged into him They grappled, the wolf getting in more than his fair share of blows, including digging his claws into the injury Mitch sustained just above one kidney. Pain arced along his spine and sent hot lances digging into his brain. Snarling, he jammed his elbow into the man’s arm, twisted then snapped the bone. Pivoting, he jerked the wolf over his shoulder, and locked his hand against his chin. One yank, the wolf’s back broke. As the wolf went down to the ground Mitch turned his head they gripped each side of the man’s head, then twisted hard.

Both wolves dead, Mitch headed to their abandoned vehicle. Damaged and leaking fluid, the interior was empty. But at least the motor still ran, more than he could say for the bashed in vehicle he and Amelia had used. Retrieving his little human, he carried her over to the new car. After settling her inside, he turned up the air conditioning to help combat her fever.

Locating a gas can in the back of the car, he put the two bodies in their soon to be abandoned vehicle. After coating the bodies in gasoline, he pulled out the vodka and shattered them inside until it ricked. Finished, he tossed a lighter inside and left it to burn.

He didn’t have time to stay and wait for everything to go –, but it should be more than enough to destroy all DNA any evidence of the wolves. As much as they needed to know who these wills were exactly, and their plans—the protection of pack secrecy was paramount. Retreating back to the new SUV he winced as he opened the door. Fresh blood slid down his side and soaked his jeans.

He couldn’t put off shifting much longer.

The goals of escape remained the same. It wasn’t until he turned the vehicle back on the road and started driving that he realized he’d forgotten it empty the phones off the other wolves.

Slamming his fist against the steering wheel he cursed.

Next to him Amelia let out another moan. She was hurting, and he’d added a car wreck to her experiences.

“Hang in there, little sister. We’ll be safe soon.”

Though he might not have it in him to get her to the hospital, he wasn’t that far from a turnoff which would take him east into the Sierra Nevada. His cabin was there—and completely unrelated to his passenger. They were also high enough up, the temperatures would drop and visitors would be noticeable.

He could get her fever down there, then seek medical assistance as soon as he was capable of defending her again. A cough racked him, and flecks of blood sprayed the back of his hand.

Great he had internal bleeding too.

“New plan little sister,” he said adjusting his own expectations. The SUV he was driving was too noticeable for one, with the damage to the fender. But it was also one of the wolves the Russian wolves. If they had a way of tracking the vehicle he needed to ditch it before leading them to her.

They also needed a new vehicle. And they needed to disappear up into the Sierra Nevada.

After, he would shift. And shift again until he healed his injuries.

Another cough brought up more blood and he grimaced.

Of all the times to be without a phone, it had to be today. They lived in a digital world, where communication was easily accessible in a message sent in a heartbeat could be reached across the world. And right now—they were all alone.

“We got this little sister,” he told her. Faking it until he could make it. “I swear to you I will get you home.”

And if it was the last damn thing he ever did, he would.

Other Books in the Wolves of Willow Bend Series: 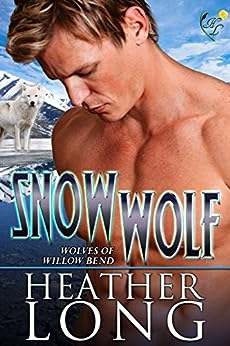 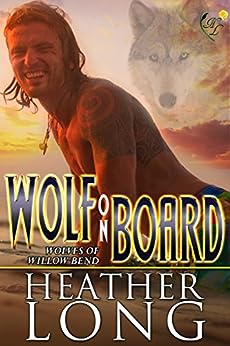 National bestselling author, Heather Long, likes long walks in the park, science fiction, superheroes, Marines, and men who aren’t douche bags. Her books are filled with heroes and heroines tangled in romance as hot as Texas summertime. From paranormal historical westerns to contemporary military romance, Heather might switch genres, but one thing is true in all of her stories—her characters drive the books. When she’s not wrangling her menagerie of animals, she devotes her time to family and friends she considers family. She believes if you like your heroes so real you could lick the grit off their chest, and your heroines so likable, you’re sure you’ve been friends with women just like them, you’ll enjoy her worlds as much as she does.

Follow the blitz for your chance to enter the giveaway! One lucky winner will get a Shadow Wolf throw!

Small Girl, Her Man and Her Books Spotlight + Excerpt