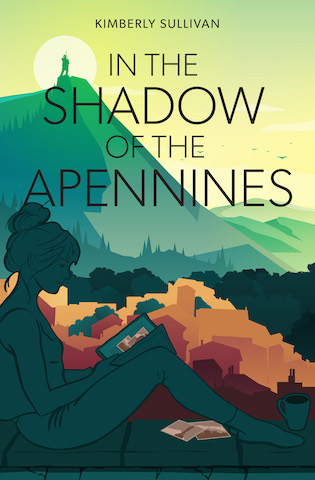 An American divorcée. An Italian shepherdess.

Separated by a century, united by common dreams.

The sleepy little Abruzzo mountain town of Marsicano seems about as far as Samantha can flee from her failed marriage and disastrous university career. Eager for a fresh start, Samantha begins to set down roots in her Italian mountain hideaway.

At first, the mountain retreat appears idyllic, but an outsider’s clumsy attempts at breaking into the closed mountain community are quickly thwarted when the residents discover Samantha’s snarky blog ridiculing the town and its inhabitants.

Increasingly isolated in her mountain cottage, Samantha discovers the letters and diaries of Elena, a past tenant and a survivor of the 1915 Pescina earthquake. Despite the century that separates the two women, Samantha feels increasingly drawn into Elena’s life, and discovers startling parallels with her own.

Where do I begin? Mamma blames it all on Father Ignazio. She says if only he had left me to the chores I was employed to carry out at San Berardo and the parish house, my cooking and cleaning would be much improved, and I would not be constantly scribbling on any piece of paper I could find and begging for books to read.

She worries I will never find a husband.

“What man wants a wife who only cares about book learning, when she should be tending the goats, washing the clothes, and baking the bread?” Mamma warns me every day.

Mamma says no peasant girl should study beyond the first years of elementary school. Writing the letters to sign your name and computations for simple transactions are more than enough for a female in our region. She calls it getting above oneself. To mamma, this is the worst sin.

Of course, we weren’t always peasants. We used to have some money, back before papà lost his property. It was never much, but our lives were so much easier back then. My brothers and I even had a tutor to teach us to read and write and to know our history and literature. Those hours were the highlight of my day. My tutor was very pleased with me.

It was hard on us when we lost everything. Only mamma said maybe it was for the best – at least for me. Now she could insist I concentrate on what was most important for girls.

I suppose I am lucky it was Father Ignazio who insisted I keep up with my learning. Mamma may often speak her mind, but she will never argue with our parish priest. She respects him too much, and she worries about punishment in the afterlife if she talks back to a priest. So mamma, who is quick to speak her mind on every occasion, bites her tongue until she draws blood whenever Father Ignazio praises my learning to her.

Papà is proud of my reading and writing. He is the one who bought me this diary and the pen and ink for my birthday. Yes, I can hardly believe it, but today I am sixteen.

Mamma is probably right that a girl who reads and writes would scare off the local boys. Boys in Pescina mostly work the land like their fathers or tend the sheep. But even if I am now sixteen and townspeople consider me a woman, I still feel like a little girl.

All my friends talk about getting married, about preparing their wedding chest and living with their husbands. They make eyes at the boys returning with the sheep, the same boys we scrambled over the mountaintops with just a few years ago.

My friend Concetta even has a sweetheart. She always goes to the fountain to gather the water at the same hour so that she can meet Domenico on his way back to town after a day working in the fields.

Sometimes I see them together walking on the path back to town, the ruins of the castle watchtower above them in the distance. They look so happy in one another’s company, laughing and talking, finding excuses for their hands to brush together.

When Concetta and I are together, sewing or baking bread, she always seems to have a far-away look in her eyes, and I sense that she does not hear what I say, that her thoughts are only for Domenico now. Mamma says one day I’lll feel that way about a boy, too, but I wonder if I ever will. 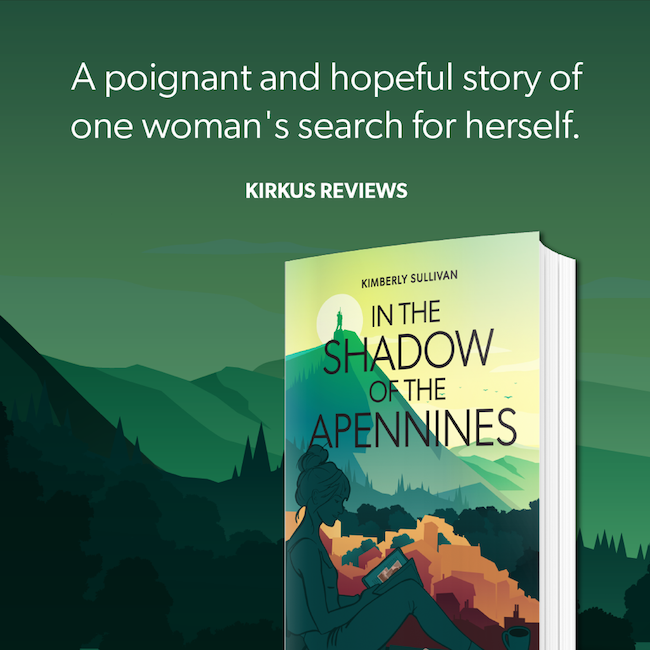 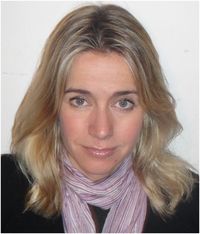 Kimberly grew up in the suburbs of Boston and in Saratoga Springs, New York, although she now calls the Harlem neighborhood of New York City home when she’s back in the US. She studied political science and history at Cornell University and earned her MBA, with a concentration in strategy and marketing, from Bocconi University in Milan.

Afflicted with a severe case of Wanderlust, she worked in journalism and government in the US, Czech Republic and Austria, before settling down in Rome, where she works in international development, and writes fiction any chance she gets.

She is a member of the Women’s Fiction Writers Association (WFWA) and The Historical Novel Society and has published several short stories and three novels: Three Coins, Dark Blue Waves and In The Shadow of The Apennines.

After years spent living in Italy with her Italian husband and sons, she’s fluent in speaking with her hands, and she loves setting her stories in her beautiful, adoptive country.