A Foster Fling, a Romance Anthology blitz with giveaway 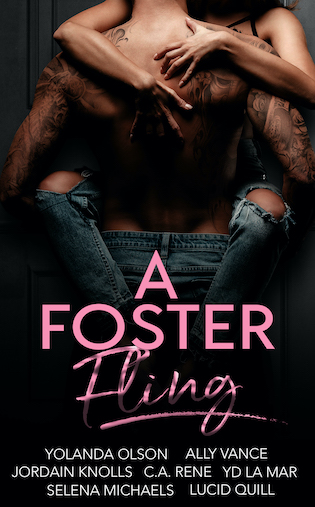 Get lost in the streets of Urban Decay where moral lines are crossed.

Where The Tower looms in the distance, and the Destructive Harbor is just beyond the shore.

Hidden in the Depravity of the Dark, Bury Me Alive as we crawl Under the Skin of right and wrong. And remember, If I Can’t Have You, then no one will.

In this system, the family rules are blurred, and lines are crossed.

A Foster Fling is a limited-edition romance anthology collection from USA Today and Bestselling Authors.

If I Can’t Have You – Jordain Knolls

I don’t remember much about the kid but I remember the way he looked at me once we were alone. The air shifted, like the oxygen suddenly disappeared. My breath was caught in my throat. I felt like I was on fire, and I knew it wasn’t the liquor anymore making me feel this way

I swallowed hard, trying my fucking hardest to stay calm. He stood from the bed, his gaze never leaving mine as he stalked toward me.

For fourteen, he was intimidating.

He leaned down, placing his hands on either side of my head. His gaze floated across every part of my face. Time was fucking frozen, but I was spiraling.

“What are you doing?” I whispered, my voice cracking.

“Kissing you.” Before I could interject, his lips crashed down on mine.

I was done for. Melting into the bean bag chair as a wave of emotions crashed through me like an angry sea. So many thoughts were going through my head.

I’ve never kissed a boy before.

Why is he kissing me?

But the main one stirring in my head was what is he going to do next?

I never got that answer.

Because while he was kissing me, Gabe was in our dads office, loading a shot gun, putting it to his head, and pulling the trigger.

The rest of that night and so many months after were one giant blur and My life crashed and burned. I never saw that Forster kid again.

And every night since, I’ve spent my time dousing my pain with the Lords amber embrace.

They were the family that took me in when I was a young girl. They wanted to be the picture perfect family with two beautiful daughters to show off to their prestigious friends at their prestigious gatherings.

Most of what I can remember from childhood wasn’t so bad until Julius decided that I wasn’t good enough to be his daughter, but better suited to be in his bed instead.

Secret, painful trysts that happened whenever Josephine would leave for weekends away with her high society friends.

I never got over what he would do to me under the watchful eye of the moon, but that wasn’t what got me tossed out onto my ass.

Emily Parker caught us one night when I screamed a little too loud, and daddy dearest wasn’t quick enough to cover my mouth.

She followed the painful bellow to her father’s door, slowly pushed it open, and found him on top of me, his dick buried in my ass, fucking me like a drunken frat boy.

Little Emily Parker let out a scream, threw herself at us, and began to tear at my hair and punch me as violently as she could while her father pulled his dick out of me and tried to get her out of the room.

I thought she had come in to save me, but instead, she beat me while I was already down.

Julius bought Emily’s silence by getting her an exquisite diamond necklace and matching earrings.

It worked for a while, but the more he took advantage of me in he and his wife’s bed, the angrier she became.

I thought she was mad at him, but as it turned out, she was jealous.

She didn’t understand what it was about me that made him so ravenous and she hated me for it.

So, when Josephine Parker came home one weekend from a trip to Monaco with her friends, Emily Parker told her what had been happening.

Except, she told her that I would force her father to do things to me.

And Pathetic, Patronizing Josephine believed her.

Instead of sending me back to the home they adopted me from, she had friends come take me away and dump me in the middle of Skid Row.

And this is where I’ve watched them become even more prominent in their society of bullshit politicians, lawmakers, and kiddie diddlers. This is where I’ve waited, biding my time, waiting for the opportune moment to strike them down.

But the longer I lived on the street, and the longer I let the hatred fester, I knew that the best way to get to the Parker family would be through their darling daughter, Pretty, Perfect Emily. 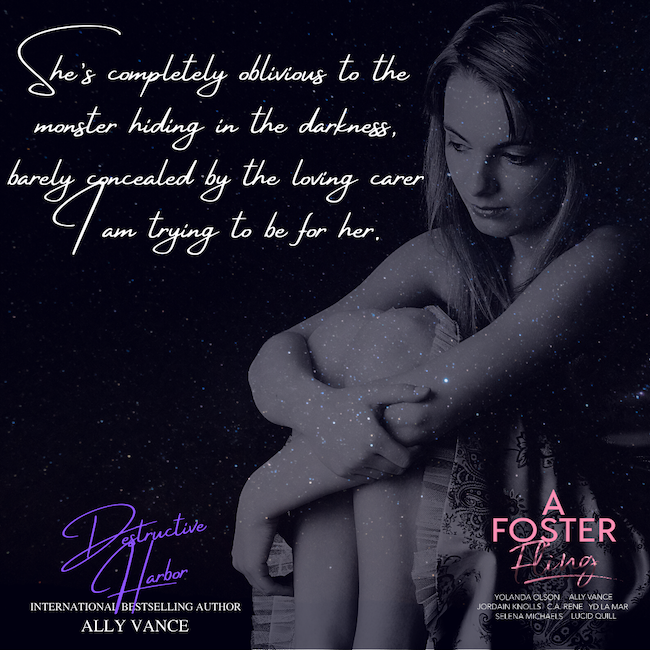