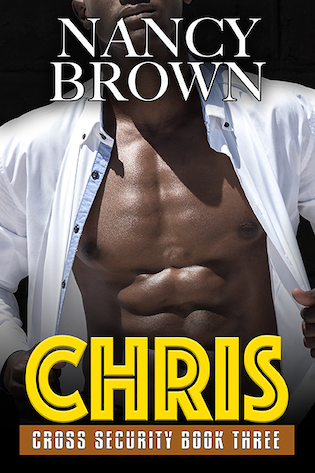 Every child has a dream. More often than not, they end up being fairy tales instead of reality, because not everyone can have a happily ever after. But maybe, just maybe if we try hard enough, some of us can have our happy ending.

After a brutal abduction that took place when she was twelve years old, Poppy Jones ’parents whisked her across the world in the hopes of hiding Poppy from her mysterious captor, the man she refers to as Surfer Man. The haunting words he left her with before he let her go were… “You were meant to be mine, but now isn’t the right time.”

Ten years later, Poppy’s dreams become reality on a beach in Spain when she is discovered by one of the top modeling agencies in the world. Unfortunately, when Poppy comes out of hiding, so does her captor. Surfer Man has resurfaced, and he is coming to collect what he believes is his… the girl he let go ten years ago. Poppy’s dream turns into a nightmare as she prepares to run again. That is, until she meets Chris Winters, a man who will do anything to protect her, even from himself.

Chris Winters had only one objective in life… join MI6, become the next James Bond. A goal he achieved at an early age. He had it all: killer good looks, beautiful women, danger, and intrigue. It was working for him until it wasn’t, and the killing machine he had become started to overtake him. Knowing he needed a change; he joins Cross Security and meets Poppy Jones. She’s breathtakingly beautiful, but unfortunately, she’s totally off-limits because she is also the client he has been hired to protect. Poppy is not what Chris expected. Beyond the shroud of darkness that has befallen her, he finds a glimmer of light, a light that is so addictive it threatens his carefully guarded control. Chris has to decide. Does he push Poppy away and keep her alive, or can he have her and risk dire consequences if her distraction proves to be too much?

It’s a deadly game to play. Who will live and who will die?

I watch from the sidelines as they turn the most beautiful woman I’ve ever seen into an absolute goddess. The pictures I’ve seen of Poppy Jones online don’t even come close to capturing the stunning beauty I have my eyes locked on right now. There is something about

her that goes beyond the physical. She has an innocent air about her. A sweetness that shines through. I haven’t spoken to her yet, but I know my preconceived notions about Poppy Jones are all wrong. She isn’t the spoiled, pampered princess I imagined her to be. That much is clear just from watching her interact with the people around her. She is polite, gracious, and friendly. She almost seems uncomfortable with the fact that everyone in the room is focused solely on her.

She doesn’t know I’m here. We have a meeting set up for later this afternoon. Today she is in a closed studio doing a photo shoot for one of the many lingerie companies that are clamoring for her attention. I don’t need to be here, but I wanted to get a behind-the-scenes glimpse at the woman everyone is talking about. Sometimes just observing a person when they don’t know you are there can tell you a lot more about them than a face-to-face meeting. I’ve certainly learned that throughout my years with MI6.

Drew Copeland filled me in on Poppy Jones ’background as soon as I returned to London a few weeks ago. Hers is an interesting story, for sure, but I need to talk to her myself. There are a lot of holes that need to be filled in. She will be able to fill in some of the blanks, but she won’t have the answers to the real questions that need to be answered. Questions I have been hired to find answers to. Questions like… who is the guy who took her when she was twelve years old? Why did he take her, and why did he let her go unharmed after less than forty-eight hours? The biggest question, though, is why—ten years later, after getting away with her abduction—is he back? I doubt Poppy Jones can shed light on any of those questions, but I still need to talk to her. I need to get to know her since I’m going to be spending a lot of time with her. We will start that process as soon as she is done with this shoot.

I originally thought this was going to be a babysitting assignment; I couldn’t have been more wrong. I’m now taking this job very fucking seriously and I already know I won’t be passing it off to anyone else.

By the time they are wrapping up, I have a much greater appreciation for the life these models endure. Sure, they get fame and all the money that goes along with it, but the work isn’t as glamorous as people might think. Not to mention all the other, less appealing issues that can arise, hence the need for my services.

“What do you think?” Drew Copeland asks as he steps up beside me and points his chin at the woman on the bed across the room.

“Beautiful,” comes out before I can catch myself. 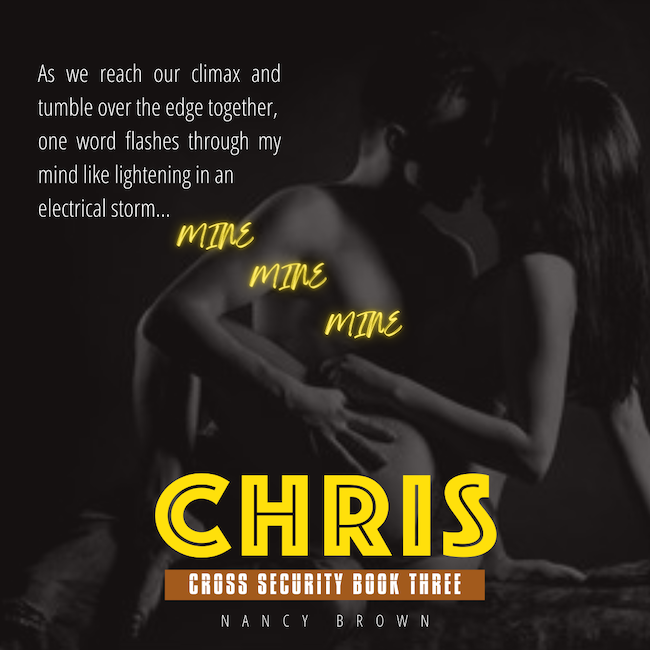 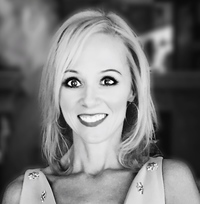 Nancy Carolyn Brown is an author of contemporary romance, fond of writing love stories about hunky badass men endowed with massive hearts, and strong heroines with just the right

She loves cosmos and chocolate and a swoony good book with a strong storyline.

She lives in sunny southern Alberta, Canada with her high school sweetheart husband and naughty Bengal cat. When she isn’t writing, she enjoys the simple things in life like spending time with family and friends, reading and running with her favorite playlist blasting in her ears.

← A Hate Like This by Whitney Dineen & Melanie Summers blitz with giveaway
Cover Reveal: Hades by Felicity Heaton →