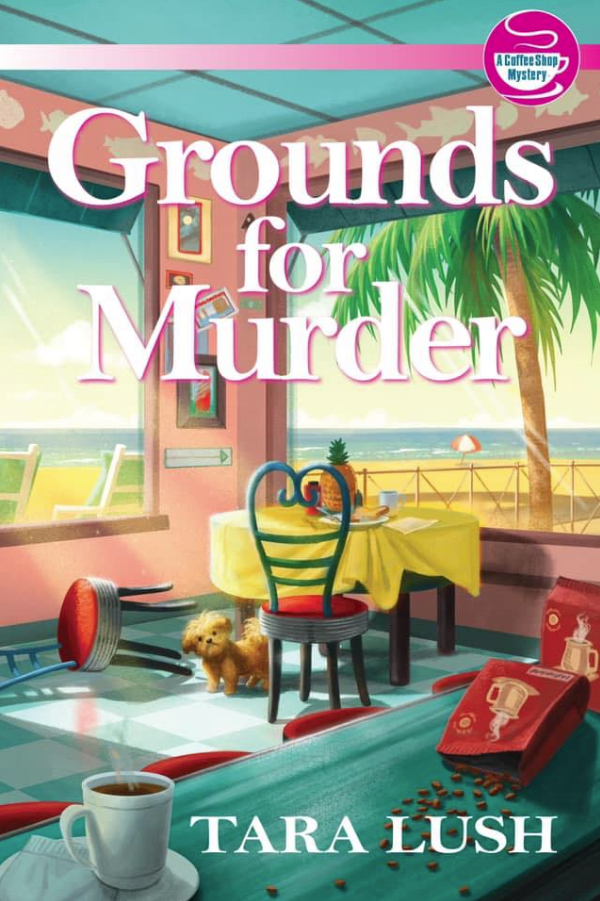 Barista Lana Lewis’s sleuthing may land her in a latte trouble as Tara Lush launches her new Coffee Shop mysteries.

When Lana Lewis’ best — and most difficult — employee abruptly quits and goes to work for the competition just days before the Sunshine State Barista Championship, her café’s chances of winning the contest are creamed. In front of a gossipy crowd in the small Florida town of Devil’s Beach, Lana’s normally calm demeanor heats to a boil when she runs into the arrogant java slinger. Of course, Fabrizio “Fab” Bellucci has a slick explanation for jumping ship. But when he’s found dead the next morning under a palm tree in the alley behind Lana’s café, she becomes the prime suspect.

Even the island’s handsome police chief isn’t quite certain of her innocence. But Lana isn’t the only one in town who was angry with Fabrizio. Jilted lovers, a shrimp boat captain, and a surfer with ties to the mob are all suspects as trouble brews on the beach.

With her stoned, hippie dad, a Shih Tzu named Stanley, and a new, curious barista sporting a punk rock aesthetic at her side, Lana’s prepared to turn up the heat to catch the real killer. After all, she is a former award-winning reporter. As scandal hangs over her beachside café, can Lana clear her name and win the championship — or will she come to a bitter end? 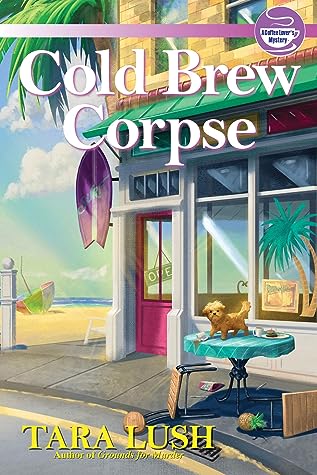 It’s a steamy September, and business is brisk at Perkatory, the hottest coffee shop in Devil’s Beach, FL. Much of the clientele pours in from Dante’s Inferno, the hot yoga studio next door. But the bright, sunny Gulf Coast days turn decidedly dark-roast when the body of the studio’s owner turns up in a nearby swamp.

Between running Perkatory and training Stanley, her golden Shih Tzu puppy, reporter-turned-barista Lana Lewis is too busy to go sleuthing. But when the editor of the local paper asks her to write about the murder, Lana’s dreams of getting back into journalism start to percolate.

Lana discovers that the yogi has a nefarious past and her share of mug shots, so grinding her way through the suspect list is a large task. She learns that the victim was fatally beaned by an SUV before she was dumped in the swamp. But was the killer one of her students? An envious yoga teacher? Or a local photographer who seems to know too much?

But no one tells Lana Lewis what to do. Hunting the caf-fiend who killed the yogi puts Lana and Chief Noah’s relationship–and Lana’s life–in very hot coffee.

Grounds for Murder and Cold Brew Corpse by Tara Lush are the first and second book respectively in the cozy A Coffee Lover’s Mystery series. As with most cozy mysteries each book in this series has it’s own mystery that will be fully solved so they can be read as a standalone or in any order if choosing to do so. There will be character development that carries over from book to book though for those that follow the series from the beginning.

Lana Lewis has returned to Devil’s Beach, Florida and started a new career after leaving her journalist job. Lana is now in charge of her family’s coffee shop, Perkatory, which is a whole new world for Lana. In the first book of the series, Grounds for Murder, Lana is just about to enter the Sunshine State Barista Championship when her best employee quits on her. When Fabrizio “Fab” Bellucci is found murdered right after leaving Perkatory of course Lana ends up a suspect and needs to do everything to clear her name.

Cold Brew Corpse finds Lana back in action at Perkatory when the neighboring business owner is found murdered. With things heating up at the Dante’s Inferno yoga studio next door Lana finds herself balancing her coffee shop and also taking a job part time for the local newspaper covering the murder. Lana discovers that the owner of Dante’s Inferno has more than her share of enemies so even after her initial story is turned in Lana can’t help but keep rooting out new suspects in hopes of finding her second murderer.

When I first spotted the A Coffee Lover’s Mystery series I was torn on whether to give this one a try or not. First I love beachy settings and with this one being in Florida I was drawn to the covers and wanted to dive right in. However, I’m not a coffee lover so this one seemed like I may not be the reader since sometimes cozies can dive really deep into their themes but thankfully this one wasn’t too overpowering to be a turn off for me. When finished with the first book I had it at three and a half stars enjoying the characters, setting and mystery enough to want to return. Now having read the second I am enjoying the series even more as it really showed the main characters journalistic side. There’s also a budding romance with the detective involved and I like when the law enforcement side is involved and not made out to be useless. So now after two books of this series I definitely call myself a fan and will return for more in the future. 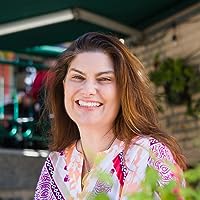 Tara Lush is a Florida-based author and journalist. She’s an RWA Rita finalist, an Amtrak writing fellow and the winner of the George C. Polk award for environmental journalism.

She was a reporter with The Associated Press in Florida, covering crime, alligators, natural disasters and politics. She also writes contemporary romance set in tropical locations under the name Tamara Lush.

Her debut mystery novel, GROUNDS FOR MURDER, was published by Crooked Lane Books in December 2020.