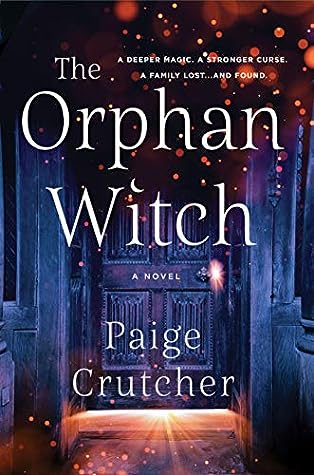 A deeper magic. A stronger curse. A family lost…and found.

Persephone May has been alone her entire life. Abandoned as an infant and dragged through the foster care system, she wants nothing more than to belong somewhere. To someone. However, Persephone is as strange as she is lonely. Unexplainable things happen when she’s around—changes in weather, inanimate objects taking flight—and those who seek to bring her into their family quickly cast her out. To cope, she never gets attached, never makes friends. And she certainly never dates. Working odd jobs and always keeping her suitcases half-packed, Persephone is used to moving around, leaving one town for another when curiosity over her eccentric behavior inevitably draws unwanted attention.

After an accidental and very public display of power, Persephone knows it’s time to move on once again. It’s lucky, then, when she receives an email from the one friend she’s managed to keep, inviting her to the elusive Wile Isle. The timing couldn’t be more perfect. However, upon arrival, Persephone quickly discovers that Wile is no ordinary island. In fact, it just might hold the very things she’s been searching for her entire life.

And some things she did not want. Like 100-year-old curses and an even older family feud. With the clock running out, love might be the magic that saves them all.

The Orphan Witch is a very fitting title for this novel by Paige Crutcher. What we have here is a young adult paranormal fantasy about a young orphan girl who happens to be a witch.

Persephone May has been forced to live in the shadows alone as every time she gets close to anyone in life bad things seem to happen to them making Persephone feel as if she is cursed. One day Persephone finds that she has received and invitation to  Wile Isle, North Carolina.

The invitation came from Hyacinth who along with her sister Moira seem to actually be family to Persephone.  Hyacinth and Moira are distant cousins and along with that they are also witches just like Persephone herself and need Persephone to help them just as she needs their help.

The Orphan Witch by Paige Crutcher for me seemed to get off to a slower start than I prefer but as it got going it did pick up a bit along the way. The characters in this one were alright and likable enough and the story involved was one that was just interesting enough to keep the pages turning. However, I didn’t really find anything overly amazing to wow me with the book in the market of many many witchy fantasies out there so in the end I found this one to be just a so-so middle ground read for me. 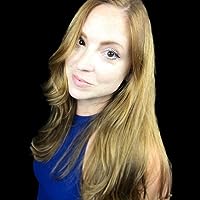 Paige Crutcher is the author of THE ORPHAN WITCH. Her work appears in multiple anthologies and online publications, and she is a former Southern Correspondent for Publishers Weekly. She is an artist and yogi, and when not writing, she prefers to spend her time trekking through the forest with her children, hunting for portals to new worlds.