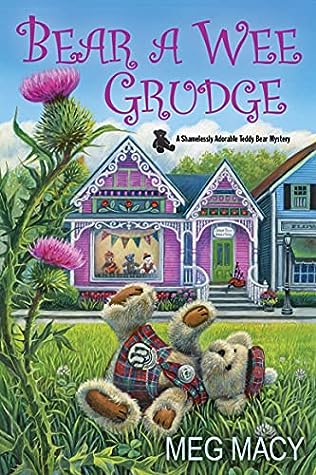 It’s springtime in Silver Hollow, Michigan, and Sasha is looking forward to the village’s inaugural Highland Fling weekend. Plans are underway for a Kilted 5K, athletic competitions, dancing, live music, and even a Hurl-the-Haggis contest. Meanwhile, Sasha’s staff is busy crafting custom teddy bears in kilts for the Silver Bear Shop’s vendor booth. But trouble’s brewing behind the scenes, as the obnoxious Teddy Hartman, former owner of a rival teddy bear company, sows seeds of discord about town, targeting Sasha’s family and their business.

Things go from plaid to worse when—just a week before the festival kicks-off—the disgruntled gossip is found murdered with an ax buried in his back. Sasha’s dad is arrested, since he’s a champion ax-thrower. But she doesn’t give a dram what it looks like—Sasha knows that despite the old business rivalry with Hartman, her father is innocent.  So with a spot of help from her friends, Sasha must bag the real killer before her first Fling also becomes her last.

Bear a Wee Grudge by Meg Macy is the fifth installment of the cozy Shamelessly Adorable Teddy Bear Mystery series. Like most cozy mysteries each book of this series contains it’s own mystery within that will be solved so they can be read as a standalone or in any order if choosing to do so. However, there is some character development that carries over book to book for those reading in order.

The first book of this series introduced Sasha Silverman who after her divorce became the manager of the Silver Bear Shop and Factory which is like a build a bear type of business. Sasha’s parents own the bear factory in the town of Silver Hollow, Michigan but had retired from working the business turning over the day to day operations to Sasha.

Spring has now come to Silver Hollow, Michigan and it’s time for their Highland Fling festival. Sasha’s team have been working hard to come up with their Scottish themed bear to sell at their vendor booth. Things seem to be going great at the festival until Teddy Hartman, a rival in business, shows up causing problems. But it then goes from bad to worse when a axs tossing murderer strikes and then Sasha’s father ends up suspect number one putting Sasha again on the lookout for the real killer.

I have been following the Shamelessly Adorable Teddy Bear Mystery series from the beginning and while the aren’t as over the top quirky and humorous as I am normally drawn to I have found myself liking them more and more with each new installment. The characters in these are likable and the business of teddy bears of course is adorable. The pacing is a little on the slower side but with plenty of twists to each mystery to keep the pages turning. At this point it’s obvious I’ve become addicted and will continue on with the series. 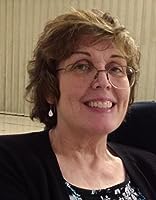 ← Cover Reveal: A Land of Never After by R.L. Davennor
On Board by Jay Hogan blitz with giveaway →