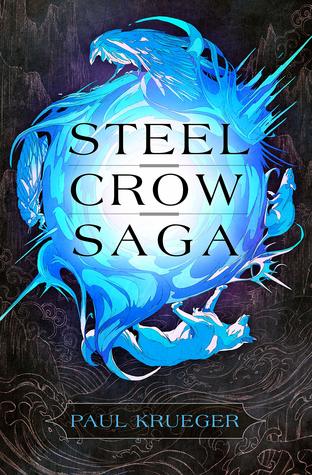 Four destinies collide in a unique fantasy world of war and wonders, where empire is won with enchanted steel and magical animal companions fight alongside their masters in battle.

A soldier with a curse
Tala lost her family to the empress’s army and has spent her life avenging them in battle. But the empress’s crimes don’t haunt her half as much as the crimes Tala has committed against the laws of magic . . . and against her own flesh and blood.

A prince with a debt
Jimuro has inherited the ashes of an empire. Now that the revolution has brought down his kingdom, he must depend on Tala to bring him home safe. But it was his army who murdered her family. Now Tala will be his redemption—or his downfall.

A detective with a grudge
Xiulan is an eccentric, pipe-smoking detective who can solve any mystery—but the biggest mystery of all is her true identity. She’s a princess in disguise, and she plans to secure her throne by presenting her father with the ultimate prize: the world’s most wanted prince.

A thief with a broken heart
Lee is a small-time criminal who lives by only one law: Leave them before they leave you. But when Princess Xiulan asks her to be her partner in crime—and offers her a magical animal companion as a reward—she can’t say no, and she soon finds she doesn’t want to leave the princess behind.

This band of rogues and royals should all be enemies, but they unite for a common purpose: to defeat an unstoppable killer who defies the laws of magic. In this battle, they will forge unexpected bonds of friendship and love that will change their lives—and begin to change the world.

Steel Crow Saga by Paul Krueger is a standalone young adult epic fantasy. And of course my review is going to come with yet another warning label that this is probably a case of the old saying of it’s not you, it’s me as I do seem to be in the minority on this one yet again.

So Steel Crow Saga is a magical fantasy with four different characters, Tala, Jimuro, Xiulan and Lee, the soldier, prince, detective, and thief that of course cross paths and must work together to save the world. There’s of course different kingdoms at war and the one standout was the magic, somehow by making a pact between a human and animal by trading souls.

Anyway, for me of course as anyone who has followed my reviews may have heard before I found that the story just simply dragged at a slow pace and this usually causes me to lose interest early on. I’m not sure why some fantasies novels I fall in love with and others only seem to bore me no matter how hard I try but this one unfortunately just wasn’t for me. As I said though it’s not the characters or story but simply too slow for me to like in the end so if it sounds good to you I’d say give it a try.

Paul Krueger is a Filipino-American author. His first novel was the urban fantasy Last Call at the Nightshade Lounge. A lapsed Chicagoan, he may now be found literally herding cats in Los Angeles.

← Time-Lapse by JB Heller blitz with giveaway
Feeding My Addiction….. →