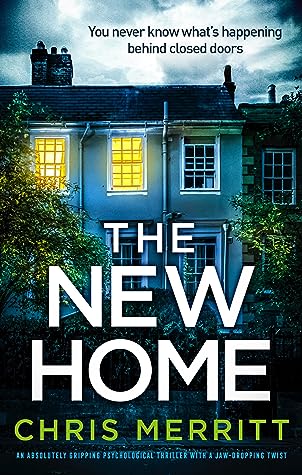 Freya loves her new home on a quiet suburban street. And her beautiful neighbour Emily is everything she’s ever wanted in a best friend. Finally, she has somebody to share her secrets with over a glass of wine. But as Freya watches her new friend setting the table for dinner one evening, she sees something shocking that makes her think that Emily’s life might not be as perfect as it seems. Days later, Emily and her daughter vanish…

When you meet Emily’s husband, you will think you know what he’s hiding.

You will ask yourself whether Emily and Freya really did meet by chance.

You will think you know what happened to Emily and her little girl the night they went missing.

But when you discover the truth, it will shake you to your core and you will lie awake at night wondering if you can ever really trust the people in the house next door…

Fans of Claire McGowan, Shalini Boland and Lisa Jewell will love the gripping tension and unexpected twists of The New Home. Once you start reading, you’ll be hooked!

The New Home by Chris Merritt is a standalone psychological thriller novel. The story in this novel spans from March of one year to the epilogue taking place in the following spring mainly from the point of view of the protagonist but also with some chapters from an unknown source.

Freya Northcott is just moving into her new home with fiance, Jack, in Weybridge, a suburb of London. Jack being a doctor is often gone to work leaving Freya on her own in the new home while her career of being a documentary film maker has been hit with a slow period. One night Freya invites the neighbors to dinner and the ladies hit it off.

With so much time on her hands Freya is thrilled when she befriends Emily her new neighbor.  As time past the ladies become close but one day the police are on the doorstep with the new Emily and her daughter are missing. Time passes without a trace and Freya feels the police are just not looking hard enough. Could it have been Emily’s husband? A stranger? Freya dives into doing whatever she can to get her friend back home safe.

Ok, The New Home by Chris Merritt is going to be one of those books that will be tough for me to explain my rating without using spoilers. I will say this one read well and moved along at a decent pace but when I got to the end I felt there were just some things that were off to me. I sat thinking that through all the twists and turns that things could have gone so much differently if only… Now my if onlys wouldn’t make good reading but they still held me back from thinking this one was more than just an alright read which lead to my three stars. 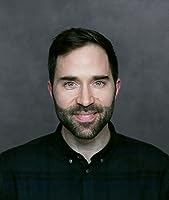 Hello! I’m a British author whose crime thrillers combine psychology, suspense, and characters you care about.

All my novels are set in London, where I live. My first trilogy starred Zac Boateng and Kat Jones, two detectives motivated by family, who tackle organised crime and police corruption. LAST WITNESS, the second Boateng and Jones book, reached #13 in the UK Kindle chart in 2019.

My second series features detective Dan Lockhart – an ex-soldier with a missing wife – and psychologist Dr Lexi Green, an American living in London. These novels are darker, more psychological serial-killer cases, with romantic relationships as a central theme.

I began writing fiction in 2014, after previous careers as a diplomat, based in Iraq and Jerusalem, and later as a psychologist working with victims and perpetrators of crime. I specialised in treating Post-Traumatic Stress Disorder (PTSD), which sparked my interest in telling stories about how people cope when faced with extreme adversity.

Now, I spend most of my time writing novels and drinking coffee while *thinking* about writing novels. When I’m not writing, I love climbing and playing basketball.

8 Comments on “The New Home by Chris Merritt #bookreview #thriller”