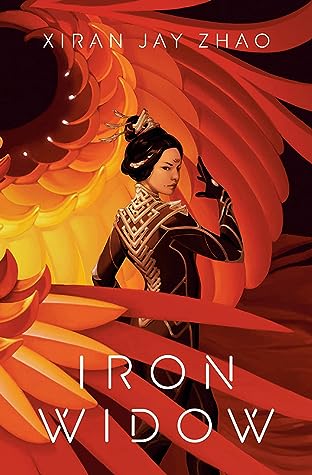 Pacific Rim meets The Handmaid’s Tale in this blend of Chinese history and mecha science fiction for YA readers.

The boys of Huaxia dream of pairing up with girls to pilot Chrysalises, giant transforming robots that can battle the mecha aliens that lurk beyond the Great Wall. It doesn’t matter that the girls often die from the mental strain.

When 18-year-old Zetian offers herself up as a concubine-pilot, it’s to assassinate the ace male pilot responsible for her sister’s death. But she gets her vengeance in a way nobody expected—she kills him through the psychic link between pilots and emerges from the cockpit unscathed. She is labeled an Iron Widow, a much-feared and much-silenced kind of female pilot who can sacrifice boys to power up Chrysalises instead.​

To tame her unnerving yet invaluable mental strength, she is paired up with Li Shimin, the strongest and most controversial male pilot in Huaxia​. But now that Zetian has had a taste of power, she will not cower so easily. She will miss no opportunity to leverage their combined might and infamy to survive attempt after attempt on her life, until she can figure out exactly why the pilot system works in its misogynist way—and stop more girls from being sacrificed.

Iron Widow by Xiran Jay Zhao is a young adult science fiction fantasy with a historical feel. The author of this series has made it clear though that this title is not historical or alternate history but set in a fantasy world that is inspired by Chinese history.  There is also a different relationship involved that you don’t see often in young adult and that is a polyamorous one. It is not a love triangle but three characters all in a consenting relationship.

In Huaxia danger is always lurking so the city is protected by teams of pilots that man giant Chrysalises to keep out the danger. Each Chrysalis is piloted by a male and female duo but there is only one problem with this arrangement, the male pilot will siphon the very lifeforce from the female resulting in her death. At eighteen Zetian has offered herself to become one of the pilots but she has an underlying motive. Zetian’s older sister had gone down the same path only to lose her life even before she entered a Chrysalis so Zetian is determined to avenge her sister’s death and take out the male pilot before he kills her.

Sometimes when rating a story I really can’t give specific reasons behind my rating as it’s more of a feeling there was something not there with the book. However, with Iron Widow I knew exactly what path led me to rating this one at three and a half stars. The story began with a bang and it pulled me right in but the similarities to Pacific Rim were very apparent to me so that always has my rating drop a little as I love originality. But I was also thinking along the way that I’m not sure if I wasn’t already familiar with the concept of co-piloting in Pacific Rim if I would have understood what was going on in Iron Widow. This one felt to me as if it needed more world building with the scifi hows and whys. Then the third thing that I felt while reading was the fast pace backed off a bit in the middle of the book and I would have liked it to be more consistent. Overall though I really did enjoy what the author created even with the darker content of her fantasy world. 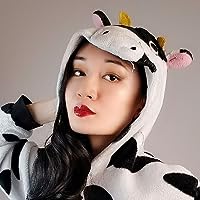 Xiran Jay Zhao is a first generation immigrant to Canada from small town China (which, for China, means a town of 4 million people). A recent graduate from Vancouver’s Simon Fraser University, they wrote sci-fi and fantasy books while they probably should’ve been studying more biochemical pathways. They are in a cow suit because they made a promise to their friends 7 years ago that they would take their author photo in it if they actually got published, and they are not going back on that promise. You can find them on Twitter for daily shitposts, Instagram for cosplays and very Extra outfits, and YouTube for videos about Chinese history and culture.