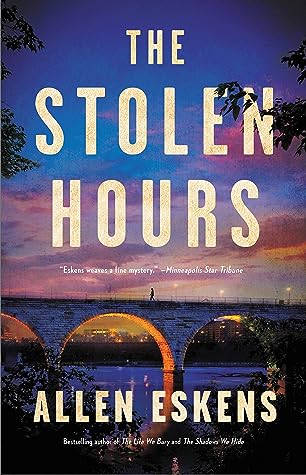 Lila Nash is on the verge of landing her dream job—working as a prosecutor under the Hennepin County Attorney—and has settled into a happy life with her boyfriend, Joe Talbert. But when a woman is pulled from the Mississippi River, barely alive, things in the office take a personal turn.

The police believe the woman’s assailant is local photographer Gavin Spenser, but the case quickly flounders as the evidence wears thin. It seems Gavin saw this investigation coming—and no one can imagine how carefully he has prepared.

The more determined Lila is to put Gavin behind bars, the more elusive justice becomes. Battling a vindictive new boss and haunted by the ghosts of her own unspeakable attack, which she’s kept a dark secret for eight long years, Lila knows the clock is ticking down. In a race against an evil mastermind, it will take everything Lila’s got to outsmart a killer—and to escape the dark hold of her own past.

The Stolen Hours by Allen Eskens is a standalone thriller but it does have ties to other books by Allen Eskens. The main character in The Stolen Hours is the girlfriend of one of Eskens’ previous characters, Joe Talbert. However, while the lead in this book is a spin off character you do not need to have read the Joe Talbert series to love this book as my rating reflects since I’ve never read the first series myself.

Lila Nash has been working for years to land her dream job of becoming a prosecutor of violent criminals. When she takes on a case of a victim that had survived an attack Lila’s own past comes flooding back to her as being a survivor herself. But the moment in the courtroom that Lila hesitates could put her career at risk which makes Lila even more determined to prove herself and put Gavin Spenser behind bars where he belongs.

Being a huge fan of legal thrillers I was excited to pick up The Stolen Hours and begin following this new feisty yet flawed lead, Lila Nash. This one wasn’t heavy on the courtroom drama that comes with some legal thrillers. Instead this is focused on outside of the courtroom and with finding the evidence that is needed to prosecute. There are multiple layers and all kinds of twists and turns for our lead that brings her own past into the present. Personally I think that The Stolen Hours should be slapped with a warning label that once beginning to read it’s impossible to put down. 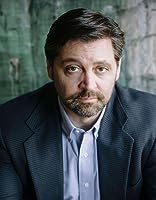 Allen Eskens grew up in the wooded hills of Missouri and, after high school, migrated north to pursue his education. He acquired a Bachelor of Arts in journalism from the University of Minnesota, and a Juris Doctorate from Hamline University School of Law. He honed his creative writing skills in the M.F.A. program at Minnesota State University and took classes at the Iowa Summer Writing Festival and the Loft Literary Center in Minneapolis.

8 Comments on “The Stolen Hours by Allen Eskens #bookreview #thriller”