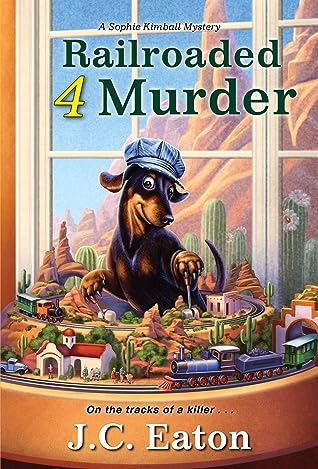 While planning her wedding, Sophie “Phee” Kimball gets sidetracked by the murder of a model train enthusiast . . .

Phee’s marriage to Marshall Gregory promises to be the wedding of the year in Arizona’s Sun City West—that is, if you ask her mother Harriet. But before she can walk down the aisle, it looks like she has to solve one more murder. At a model train exhibit, Phee, Harriet, and their beloved Chiweenie, Streetman, discover the body of Sun City West’s railroad club president, with an incriminating tap shoe near his lifeless corpse.

Wilbur Maines may have loved model trains but apparently he was not a model husband. There are rumors of affairs with hot-to-trot hobbyists the Choo-Choo Chicks. The police suspect his wife—and Harriet’s friend—Roxanne, who dances with the Rhythm Tappers, but Phee’s mom is convinced they’re on the wrong track. Before the poor woman is railroaded into spending the rest of her life behind bars, Phee, Harriet, and the book club ladies will need to do some fancy footwork, infiltrate the dance group, and find the real culprit before the killer leaves the station . . .

Railroaded 4 Murder by J.C. Eaton is the eighth book in the cozy Sophie Kimball Mystery series. Each book of the series contains it’s own mystery that is solved by the end so the books can be read in any order or as a standalone if choosing to do so. However, those that read from the beginning will get all of the character development throughout the series.

In the beginning of this series readers were introduced to Sophie ‘Phee’ Kimball who had been living in Minnesota while her retired mother was living in her retirement community in Sun City West, Arizona. Phee’s mother called her daughter frantic that there was a murderer on the loose and targeting her book club thinking her daughter who worked as a bookkeeper for the police department was as good as any detective.

After traveling to Arizona to help her mother Phee decided it was time for a change and being close to her mother would help keep her out of the path of any more murderers. A friend of Phee’s just happened to want to start up a private investigating business so a new job for Phee quickly became available. Phee’s plans of keeping her mother and their friends away from murder investigations has been derailed yet again when one of Phee’s mother’s group find another body at the a model train exhibit.

The Sophie Kimball Mystery series is one that I have followed from the beginning and have really enjoyed each and every book that comes along. The character development in this series is great for a cozy and has progressed nicely now through the eighth book. While I like the main character in this series I really love her mother’s group of friends that get up to all kinds of hilarious mischief. I don’t know how many more murders will take place in this small retirement community but I’ll keep coming back for each one! 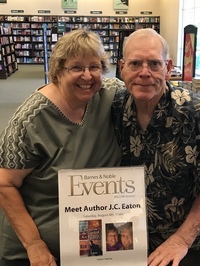