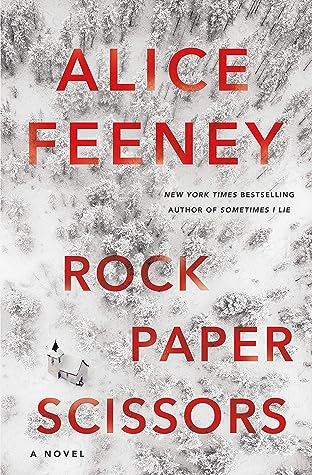 Think you know the person you married? Think again…

Things have been wrong with Mr and Mrs Wright for a long time. When Adam and Amelia win a weekend away to Scotland, it might be just what their marriage needs. Self-confessed workaholic and screenwriter Adam Wright has lived with face blindness his whole life. He can’t recognize friends or family, or even his own wife.

Every anniversary the couple exchange traditional gifts–paper, cotton, pottery, tin–and each year Adam’s wife writes him a letter that she never lets him read. Until now. They both know this weekend will make or break their marriage, but they didn’t randomly win this trip. One of them is lying, and someone doesn’t want them to live happily ever after.

Rock Paper Scissors by Alice Feeney is a psychological thriller. The story in this one is told from different points of view during the story including that of the main couple and in between those chapters are old letters to Adam, the husband, written throughout the years from his wife telling her true feelings.

Adam and Amelia have found that their marriage is on shaky ground so when Amelia wins a trip for two she thinks it will be a perfect chance to work on her marriage. The couple find themselves in the middle of a storm on the way but they manage to safely arrive in Blackwater Loch in the Scottish Highlands at an old chapel.

After arriving at the chapel Adam and Amelia quickly see that this is not the romantic weekend that they expected it to be. With no one to great them they make their way inside of the doors finding it has been converted into a home but things get increasingly weirder when they find the bedroom looks exactly like their own and being cut off by the storm they decide to just spend one night and leave in the morning.

Rock Paper Scissors is one of those novels that it becomes immediately clear I wasn’t going to “like” the characters as they definitely fall into the unreliable category. However this would be one of those times it was perfectly fine to not like them as they weren’t unlikable to a point of not enjoying the book either.  I quickly found myself pulled into the story with the eerie surroundings that almost had a horror type of feel and the mystery of the marriage couldn’t help but intrigue me as I waited for the story to unfold. 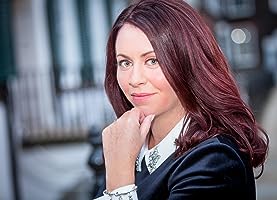 Alice Feeney is a New York Times bestselling author and journalist. Her debut novel, Sometimes I Lie, was an international bestseller, has been translated into over twenty languages, and is being made into a TV series by Warner Bros. starring Sarah Michelle Gellar. His & Hers is also being adapted for screen by Jessica Chastain’s Freckle Films. Alice was a BBC Journalist for fifteen years, and now lives in the British countryside with her family. Rock Paper Scissors is her fourth novel and is being made into a TV series for Netflix by the producer of The Crown. It will be published around the world in 2021.