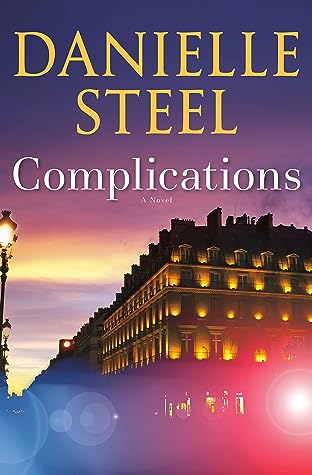 Scandal and tragedy erupt against the backdrop of an exclusive Paris hotel in Danielle Steel’s riveting novel.

Known for its luxurious accommodations and bespoke service, the Hotel Louis XVI has been the most lauded boutique hotel in all of Paris for decades, attracting an international clientele of the rich and famous. Now, after four years of renovations and the death of its legendary and beloved manager, it is set to reopen its doors at last. An esteemed group of loyal returning guests is set to descend upon the hotel, joined by a number of new faces who have managed to secure coveted bookings in the wake of last-minute cancellations.

Awaiting them all is the Louis XVI’s new manager, Olivier Bateau, an anxious man whose lack of experience leaves him unprepared. He and his level-headed assistant manager, Yvonne Philippe, both strive to continue the hotel’s tradition of excellence. But they quickly realize that anything can happen at any moment, and on one cool September evening, everything does.

A successful art consultant arrives at the hotel for the first time since her brutal divorce, and is surprised to find new love—if she is willing to risk her heart again. A new guest contemplates ending his life, and saves a life instead. A couple finds their once-in-a-lifetime trip interrupted by a tragic medical emergency, leaving the idyllic future they’ve long waited for hanging in the balance. And one of the hotel’s most high-profile guests, a French politician and assumed presidential candidate, holds a mysterious meeting in his suite that will threaten his life and legacy. Rocked by the events of this one fateful night, guests and staff alike brace themselves for the aftershock, as it quickly becomes apparent that more dramas and misfortunes are still in store.

Danielle Steel tells an unforgettable story about a famed hotel, where a few complications quickly escalate into a matter of life and death, changing the lives of everyone who passes through its doors.

Complications is yet another contemporary “romance” by Danielle Steel. I have reviewed quite a few of her newer books out of nostalgia lately since I had read her in my younger years but this one is my least favorite of those.

Complications was a complicated story in it’s own way. The main character in this one almost felt as if it were the Hotel Louis XVI in Paris. In Danielle Steel’s normal fashion this one starts off in a fast forward style introducing tons of characters staying and working at the hotel and bringing into play all of their situations.

One of the guests of the hotel suffers a heart attack and while that is going on a doctor offers his help. A female nearby to the patient does her best to help with the situation too and this is how the couple meet. Meanwhile, a politician is meeting up with his male lover who is also blackmailing him and that lover ends up dead in his hotel room sending him fleeing while the heart attack victim provides a distraction.

I’m not a huge fan of the fast forward style that Danielle Steel likes to use making the beginning of the books feel like a huge info dump but that is normally only for a chapter or two and then the books settle into a deeper story with who was introduced. Complications on the other hand felt like she was trying to include the entire hotel, it’s guests, it’s staff and flew through more than half the book popping from this to that to the other. The “romantic” couple in here did eventually get featured but it was too little and too late in my opinion as I don’t normally pick up contemporary reads to wade through so much other extra stuff that didn’t have anything to do with the main characters.

Danielle Steel has been hailed as one of the world’s most popular authors, with nearly a billion copies of her novels sold. Her recent many international bestsellers include Against All Odds, The Duchess and The Right Time. She is also the author of His Bright Light, the story of her son Nick Traina’s life and death; A Gift of Hope, a memoir of her work with the homeless; and the children’s books Pretty Minnie in Paris and Pretty Minnie in Hollywood. Danielle divides her time between Paris and her home in northern California.