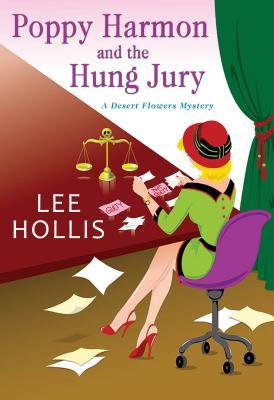 For retiree-turned-PI Poppy Harmon, spending her golden years running the Desert Flowers Detective Agency is far from the glamorous life she once knew. But becoming ensnared in two twisted Palm Springs crimes might be her worst look yet . . .

If Poppy didn’t believe she was in too deep as the only female juror in a high-profile assault case involving an infamously hot-tempered crooner, she’s sure of it upon meeting blast-from-her-past Rod Harper. A former TV co-star from her short-lived acting days, Rod is as dashing as ever, and now he wants to partner again—this time to locate his missing daughter . . .

Returning a pampered songstress with a penchant for running away back home unscathed shouldn’t be too challenging. But dodging Rod’s charms while on the job is another story—and so is finding a dead body! When Poppy discovers a fellow juror face down in a swimming pool, she’s unwittingly thrust into a murder investigation with sinister parallels to the troubled chanteuse’s disappearance . . .

As Poppy struggles to survive a steamy love triangle while deciphering the connection between two seemingly unrelated cases, the Desert Flowers Agency must outsmart a ruthless killer who will do anything to keep hideous secrets hidden away . . . including ensuring Poppy becomes the next forgotten ex-actress to bite the dust . . .

Poppy Harmon and the Hung Jury by Lee Hollis is the second book in the cozy A Desert Flowers Mystery series. As with most cozy mysteries each book of this series contains it’s own mystery that is fully solved within the book so they could be read as a standalone if choosing to do so. There is however some character building that carries over book to book for those that follow the series from the beginning.

In the first book of the series readers were introduced to Poppy Harman who is a sixty something retired actress who thought she was going to be living out the rest of her life comfortably with her husband. However, after Poppy’s husband passed away quite suddenly she found out that her rather comfortable life was all a lie and that her husband had gambled away their last cent.

When Poppy sat down with her two best friends, Iris and Violet, trying to brainstorm ideas to earn money with no real experience other than acting the trio came up with the idea that Poppy has rather remarkable investigative skills so why not become a detective? With a bit of effort the Desert Flowers Detective Agency was opened with Iris and Violet coming in to assist.

Things weren’t going so well with the new business when it seemed no one wanted to hire three “older” ladies so Poppy got a plan to use her daughter’s boyfriend, an actor, to be the face of the firm. Now that the ladies are up and running they have two new cases to work on at once. A former co-star, Rod Harper, is needing someone to search for his missing daughter and Poppy has been called into what ends up being deadly jury duty in a high profile case.

The Desert Flowers Mystery series is like turning the Golden Girls into detectives. It has a humorous vibe with quirky fun characters which I knew I had to come back to after reading the opening book of the series. This second book had a lot going on making the story fly when reading. This is a series I will definitely enjoy returning to in the future. 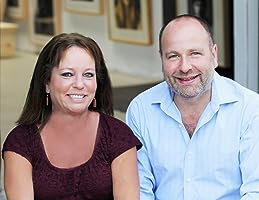 LEE HOLLIS is the pen name for Rick Copp, a veteran Hollywood screenwriter who has written for numerous television series, including The Golden Girls, Wings, Scooby-Doo, Teen Titans, and Barbershop. He is the co‑writer of The Brady Bunch Movie and has written a number of novels under his own name. He also produces, writes, and stars in the hit web series Where the Bears Are. With his sister Holly Simason, he co‑authors the Hayley Powell Food & Cocktail Mysteries book series using the Lee Hollis name. He lives in Palm Springs, California.