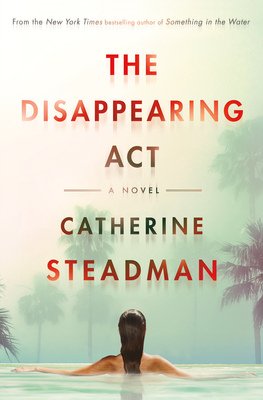 Once a year, actors from across the globe descend on the smog and sunshine of Los Angeles for pilot season. Every cable network and studio is looking to fill the rosters of their new shows, enticing a fresh batch of young hopefuls—anxious, desperate, and willing to do whatever it takes to make it. Careers will be made, dreams will be realized, stars will be born. And some will be snuffed out.

British star Mia Eliot has landed leading roles in costume dramas in her native country, but now it’s time for Hollywood to take her to the next level. Mia flies across the Atlantic to join the horde of talent scrambling for their big breaks. She’s a fish out of water in the ruthlessly competitive arena of back-to-back auditioning. Then one day she meets Emily, another actress from out of town and a kindred spirit. Emily is friendly and genuine and reassuringly doesn’t seem to be taking any of it too seriously. She stands out in a conveyor-belt world of fellow auditionees. But a simple favor takes a dark twist when Emily disappears and Mia realizes she was the last person to see her. And when a woman knocks on Mia’s door the following day claiming to be Emily and isn’t the woman Mia remembers at all, Mia is deeply troubled.

All Mia has to go on is the memory of a girl she met only once . . . and the suffocating feeling that something terrible has happened. Worse still, the police don’t believe her when she claims the real Emily has gone missing. So Mia is forced to risk the role of a lifetime to try to uncover the truth about Emily, a gamble that will force her to question her own sanity as the truth goes beyond anything she could ever have imagined.

Actress and author Catherine Steadman has written a gripping thriller set in a world close to home that asks the question: In a city where dreams really do come true, how far would you go to make the unreal real?

The Disappearing Act is not the first thriller I’ve read from Catherine Steadman and it probably won’t be the last. The writing in this author’s books does seem to always be incredibly compelling despite my finding a few things that I consider to be slight personal flaws.

In this story Mia Eliot is a British actress who has traveled to Los Angeles to attend several auditions with her chance to actually make it as an actress in Hollywood after a successful part. Mia has been set up in a luxurious apartment in a nice building and given a pricey car to make her way around the city all for a few Instagram posts and can’t believe her luck.

One afternoon however Mia is waiting for her turn at an audition when she meets another young actress, Emily, auditioning for the same part. As the time comes for Emily to go in she gets flustered and says she needs to feed her parking meter. Not wanting to be rushed in either Mia volunteers to do it for Emily taking her things as Emily heads into the audition. After helping Emily out however Mia can’t find her afterwards and begins to worry something has happened.

I picked up this book late one night to begin reading and it was one of those times that I just didn’t want to put it down and kept thinking just one more chapter. The story flows rather well and is completely addictive when it comes to wanting to know what comes next just as I had remembered had happened before with this author. However, I did find something that held me back from a high rating then and now it has happened with a totally different reason. This time I felt I wasn’t overly exited with how the entire book ended which I won’t go into to avoid spoilers but that feeling left me rating this one at three and a half stars.

Catherine Steadman is an actress and author based in London. She has appeared in leading roles on British and American television as well as on stage in the West End where she has been nominated for a Laurence Olivier Award. She grew up in the New Forest, Hampshire, and now lives in North London with her husband and daughter.

Catherine’s first novel, Something in the Water, was a number one New York Times bestseller with rights sold in over 30 territories. Film rights have also been sold to Reese Witherspoon’s production company, Hello Sunshine. Her second novel, Mr Nobody, was published in 2020, and her third novel, The Disappearing Act, is coming in 2021.

4 Comments on “The Disappearing Act by Catherine Steadman #bookreview #thriller”