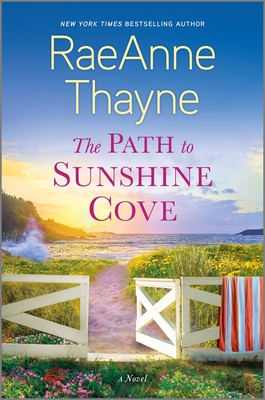 Title: The Path to Sunshine Cove

She knows what’s best for everyone but herself…

With a past like hers, Jessica Clayton feels safer in a life spent on the road. She’s made a career out of helping others downsize—because she’s learned the hard way that the less “stuff,” the better, a policy she applies equally to her relationships. But a new client is taking Jess back to Cape Sanctuary, a town she once called home…and that her little sister, Rachel, still does. The years apart haven’t made a dent in the guilt Jess still carries after a handgun took the lives of both their parents and changed everything between them.

While Jess couldn’t wait to put the miles between her and Cape Sanctuary, Rachel put down roots, content for the world—and her sister—to think she has a picture-perfect life. But with the demands of her youngest child’s disability, Rachel’s marriage has begun to fray at the seams. She needs her sister now more than ever, yet she’s learned from painful experience that Jessica doesn’t do family, and she shouldn’t count on her now.

Against her judgment, Jess finds herself becoming attached—to her sister and her family, even to her client’s interfering son, Nate—and it’s time to put everything on the line. Does she continue running from her painful past, or stay put and make room for the love and joy that come along with it?

The Path to Sunshine Cove by RaeAnne Thayne is listed as the second book of the contemporary romance Cape Sanctuary series. However,The Cliff House, which was published first, is also set in the same setting of Cape Sanctuary and that is the common theme among the series. Each of the books have different main characters in them so they all can be read as a standalone if choosing to do so regardless of where they are listed or not listed in the series.

This time in The Path to Sunshine Cove Jessica Clayton has taken a job in the small town and plans to use the time there to visit with her sister, Rachel. Rachel and Jess grew up in Cape Sanctuary but after the death of their parents Jess couldn’t leave fast enough while Rachel found herself taken in by a loving family and eventually put down roots in the small town by starting a family of her own.

Jess knows that she has built a shell around herself keeping people at a distance and not getting close to anyone but she wants to amend that with Rachel. Rachel though is struggling with her own issues with her family and Jess doesn’t know how to deal with that. There’s also Nate, Jess’s clients son who just happens to keep crossing Jess’s path but will she allow him into her heart and give her a reason to stop running.

Having read both The Path to Sunshine Cove and The Sea Glass Cottage that are set in Cape Sanctuary I can definitively say they both have a wonderful setting and also reiterate that these work wonderfully as standalone novels. The characters in The Path to Sunshine Cove were just wonderful again with the story pulling at my heartstrings all throughout. I have a certain affinity to autistic characters in stories too so Rachel’s struggle with coping with her son engrossed me just as much as Jess learning not to push others away. Definitely a lovely read all around. 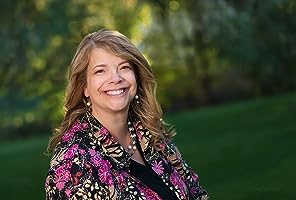 #1 Publishers Weekly, New York Times and USA Today bestselling author RaeAnne Thayne finds inspiration in the beautiful northern Utah mountains where she lives with her family. Her books have won numerous honors, including seven RITA Award nominations from Romance Writers of America and a Career Achievement Award from RT Book Reviews magazine. RaeAnne loves to hear from readers and can be reached through her website at http://www.raeannethayne.com.