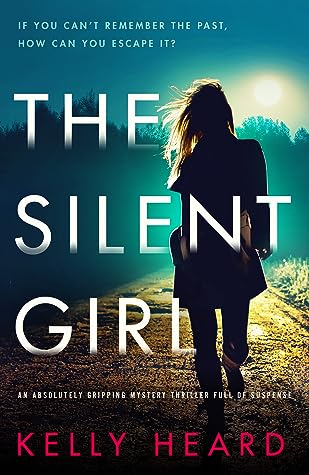 How do you prove you’re innocent, if you don’t remember your own name?

They find me covered in blood red flowers on the side of a country road. They tell me my wounds look defensive. But they think I’m guilty of a terrible crime.

People from my past – strangers now – help me piece together my story. But who can I trust when I can’t trust myself?

I could never have hurt anyone. Could I?

A totally gripping psychological suspense novel that you won’t be able to put down and will keep you turning the pages late into the night. Perfect for fans of The Girl on the Train, The Woman in the Window and The Silent Patient.

The Silent Girl by Kelly Heard has the tagline across the cover of “An absolutely gripping mystery thriller full of suspense” so maybe it was that my expectations were high but I thought I was going to be glued to this one. After reading I could still somewhat say I was glued to it but for all the wrong reasons but I’ll get to that more later in the review, first a little about the book.

The Silent Girl opens up with a woman waking up in the hospital beaten and battered but with no memory of who she is or what actually happened to her. The only clue to her identity is a necklace that is found in her pocket which is found the pendant means ‘Sofia’. Our Jane Doe then decides that he name will be Sophie based on the necklace.

Once healed with detectives still not having a clue as to what happened to Sophie they want her transferred to a memory care unit but Sophie has plans of her own. Sophie sneaks off and comes across a job working restoring the garden at an old “haunted” mansion where she finds herself getting closer to the family she is working for.

Now I often think when I finish a mystery/thriller that maybe my thoughts on it come from reading so much of this genre but I don’t think that was the case with this one. My first problem with this was that it wasn’t very thrilling at all to me as I felt after leaving the hospital that it became more of a flawed character romance and I was only glued to the story waiting for more to happen. There was still a lot of foreshadowing done with the memories during that time but that then became the problem that when the ‘thrilling’ part did come I came to that old conclusion of me finding it was all too predictable of an outcome that to me was lacking any twists or turns. There are a lot of high reviews on this one but unfortunately I didn’t feel the same. 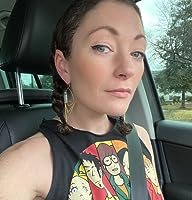 Kelly Heard is a novelist from Afton, Virginia. She published poetry in literary magazines before signing her debut novel, Before You Go, with Bookouture.

Kelly prefers writing to most other pastimes, but you’ll occasionally find her in the garden, hiking, or exploring antique shops.

← Falling for Another Darcy by Kate O’Keeffe blitz with giveaway
Feeding my addiction…. →