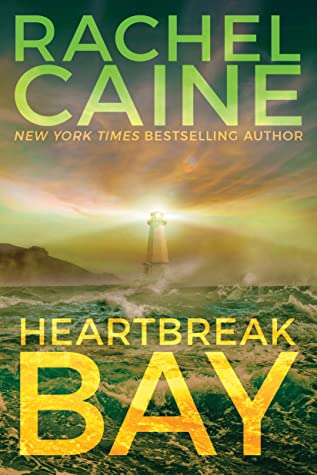 They’re hunting a killer so silent, so invisible, that his unspeakable crimes are the only proof he exists.

A car submerged in a remote pond. The bodies of two girls strapped into their seats. The mystery of their mother, vanished without a trace, leads Gwen Proctor and Kezia Claremont into dangerous territory.

On the surface, Gwen’s life is good—two children approaching adulthood, a committed partner, and a harrowing past dead and gone. But that past is attracting the attention of someone invisible…and unstoppable. Trouble’s just beginning. So is the body count in this backwoods Tennessee town.

As threats mount and Gwen’s hunted by an enemy who pulls all the strings, Kezia has her back. But working to solve these vicious and unreasonable crimes will expose them both to a killer they can’t for the life of them see coming.

Heartbreak Bay by Rachel Caine is the fifth installment of the thrilling Stillhouse Lake series. The first book in the series, Stillhouse Lake, introduced readers to Gwen Proctor who had gone into hiding with her two children after it was found that her husband was a serial killer. The trio had been on the run for several years not only trying to make sure that her husband who had gone to prison wouldn’t know of their whereabouts but also the vigilantes that thought Gwen was an accomplice to the killings instead of an innocent housewife.

After years of being on the run and hiding Gwen and her children were tired of constantly being on the move and decide to finally settle at a home at Stillhouse Lake. This series continues their story from book to book and is best read from the beginning to get the full story on the dangers the family has faced and to get to know all the characters well. Each book of the series has picked up right after the previous had left off and continued the story of the family as they face the new dangers.

I have been following this series from the start and absolutely love the story and would definitely advise to go back to book one and begin from there as the events continue on from book to book. I began reading this series fascinated by the idea of learning how it might be for those left behind when their loved one committed such horrible crimes and could see the life that Gwen was leading hiding from everyone being a possibility so I became engrossed. The story has continued to grow the events and danger in each book so I was happy to keep coming back to it. I’m sorry that it seems we won’t be getting anymore after the passing of Rachel Caine, may she rest in peace, but I’m not at all sorry that I was able to enjoy her stories throughout the years. 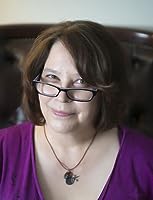