The Mall by Megan McCafferty #bookreview #YA #contemporary 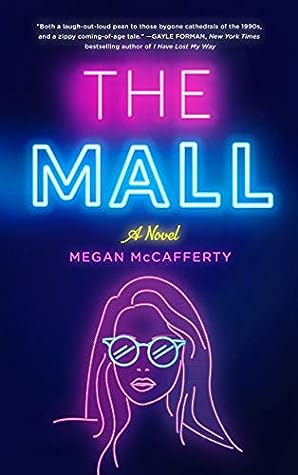 New York Times bestselling author Megan McCafferty returns to her roots with this YA coming of age story set in a New Jersey mall.

The year is 1991. Scrunchies, mixtapes and 90210 are, like, totally fresh. Cassie Worthy is psyched to spend the summer after graduation working at the Parkway Center Mall. In six weeks, she and her boyfriend head off to college in NYC to fulfill The Plan: higher education and happily ever after.

But you know what they say about the best laid plans…

Set entirely in a classic “monument to consumerism,” the novel follows Cassie as she finds friendship, love, and ultimately herself, in the most unexpected of places. Megan McCafferty, beloved New York Times bestselling author of the Jessica Darling series, takes readers on an epic trip back in time to The Mall.

The Mall by Megan McCafferty is a young adult contemporary book that is full of nostalgia. This coming of age tale is set in 1991 and full of reminders of that era including the fact that malls were the teen place to be all over America.

Cassie Worthy is a recent high school graduate that thought she had her life perfectly planned out. However, just as Cassie graduated she came down with what her doctor called the worst case of mono he’d ever seen and Cassie ended up in bed recovering for six weeks.

Now that Cassie is fully healed she’s ready to pick up her plans and start the rest of her life in this last summer before college. First Cassie needs to return to the job she had lined up at Parkway Center Mall with her boyfriend of two years. However, Cassie’s plans start to explode in front of her eyes when she enters the mall and is accosted by a ranting lunatic who claims that Cassie is now with HER man.

Ok, I will admit I’m not the targeted age range for this particular book but that being said I picked this up out of nostalgia for the era and loved it. I think that anyone wanting to hop into a time machine and experience the early 90s again should give this one a try. The characters were spot on with their drama filled teen angst but all done in a fun way that kept me giggling and the whole treasure hunt in the mall was a blast. Definitely a light hearted fun way to pass a few hours reading! 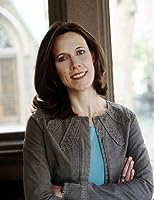 Described in her first review as “Judy Blume meets Dorothy Parker” (Wall Street Journal), she’s been trying to live up to that high standard ever since.

One Comment on “The Mall by Megan McCafferty #bookreview #YA #contemporary”