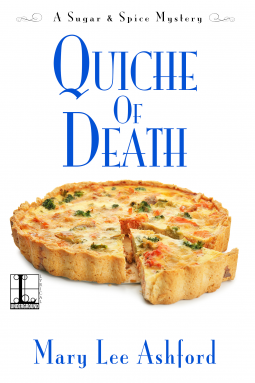 When editor Sugar Calloway and baker Dixie Spicer went into business creating cookbooks, they found a sideline as amateur sleuths. Now a bitter family grudge could leave a fatal aftertaste…

At Sugar & Spice Community Cookbooks, the friends and business partners have secured a tasty new commission: producing a cookbook for the Abbott family. The Abbotts have made their fortune in quiches, and Sugar and Spice have been invited to a weekend gathering where all the siblings, along with crusty matriarch Marta, will be in attendance. But it’s soon clear that this trip will come with a hefty slice of drama.

Theo, the only grandson, arrives with his flaky fiancée, Collette, who quickly stirs up trouble . . . and is found dead the next day. As the investigation unfolds, secrets—and recipes—are shared, and Sugar and Spice realize just how messy and murderous the situation may be. As another family member falls ill, can they solve the case without getting egg on their faces . . .and a target on their backs?

Sugar and Dixie have now been hired by the Abbott family who have made their fortune making quiche and now wish to produce a cookbook. The ladies were invited to a weekend at gathering at the Abbott home with all the family to begin sorting recipes and family stories. However, the weekend doesn’t quite go as planned when one of the attendee’s is found with an arrow in her chest sending the ladies on the hunt for another killer.

The A Sugar & Spice Mystery series is another small town cozy with quirky characters and lots of culinary delights for the foodies out there. The problem I had this time around that dropped my rating a bit was these books have been rather short and sweet to read but this third seemed to pass in the blink of an eye being even shorter. I would have liked more depth to the mystery as it felt rushed but the characters are still enjoyable so I will probably be back with the next installment! 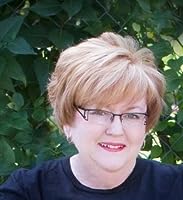