All Our Summers by Holly Chamberlin #bookreview #contemporary 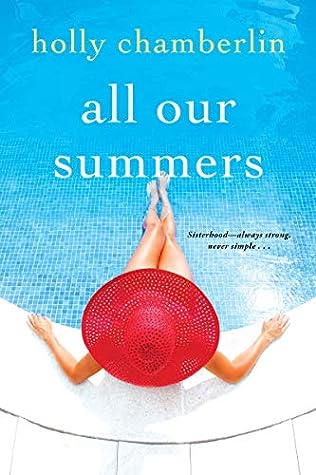 Title: All Our Summers

Against the picturesque coastal Maine setting that she evokes so well, bestselling author Holly Chamberlin creates a heartfelt story of family bonds and new beginnings . . .

It came as no surprise to anyone in Yorktide when glamorous Carol Ascher fled the little Maine town for New York City. While Carol found success as an interior designer, her younger sister, Bonnie, stayed behind, embracing marriage and motherhood. She even agreed to take in Carol’s teenage daughter during a tumultuous patch. Now both their girls are grown and Bonnie, recently widowed, is anticipating the day she’ll retire to Ferndean House, the nineteenth-century family home on the rocky Maine coast.

But forty-five years after leaving Yorktide, Carol suddenly announces that she’s moving back—into Ferndean. Bonnie is indignant. She’s the one who kept the homestead in order and tended to their dying mother. Now Carol expects to simply buy her out? As far as Bonnie is concerned, Ferndean is part of their heritage—not just another of Carol’s improvement projects, to be torn apart and remade according to her whim.

The entire Ascher family is in flux, uncovering secrets that upend their relationships. Carol’s longing to be welcomed home is fueled by a painful truth she’s carried for years. It will take an extraordinary summer—in a remarkable place—to lead these women back to each other, buoyed by the tides of friendship and forgiveness.

All Our Summers by Holly Chamberlin is a contemporary family saga read that is told from multiple points of view as it follows the ladies of the Ascher family. Each of the members of the family is dealing with their own situations leading to a multi layered story.

Bonnie and her sister Carol grew up together in Yorktide, Maine in their family home known as Ferndean House. Carol, the older of the sisters, couldn’t wait to escape the small town and once she took off to New York she rarely looked back. Meanwhile, Bonnie stayed in Yorktide where she married and had a daughter all the while taking care of her own parents.

Over the years Carol established a hugely successful business and had a daughter of her own in New York. However, during her daughter’s teenage years she asked Bonnie to take her in not revealing the secret as to why. Now that their parents are gone and their daughters grown Carol returns to Ferndean just as Bonnie was going to move into the old family home.

All Our Summers was an easy to follow along story as you learn of all the secrets and problems of all of the ladies in the family. Being a fan of a good family drama I was immediately engaged but I did find myself questioning some behaviors of the ladies along the way finding them a bit childish. Other than that I did find this one entertaining and in the end would give it 3 1/2 stars overall. 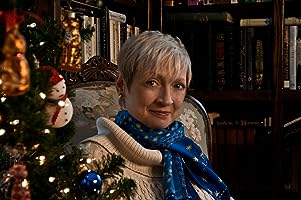 Holly Chamberlin was born and raised in New York City. After earning a Master’s degree in English Literature from New York University and working as an editor in the publishing industry for ten years, she moved to Boston, married and became a freelance editor and writer. She and her husband now live in downtown Portland, Maine, in a restored mid-nineteenth-century brick townhouse with Betty, the most athletic, beautiful and intelligent cat in the world. Readers can visit her website at: http://www.hollychamberlin.com.

One Comment on “All Our Summers by Holly Chamberlin #bookreview #contemporary”