The Prince’s Bride by J.J. McAvoy blitz with giveaway 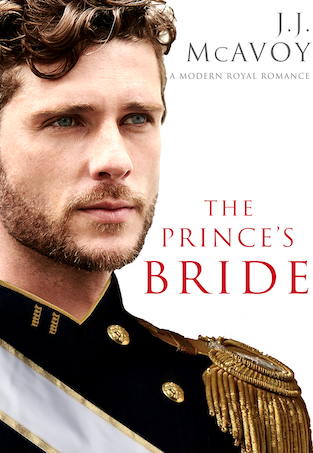 He is a spoiled playboy prince whose family is in desperate need of money.

She’s an American heiress who can only get her inheritance through marriage.

According to their families they are a perfect match.

According to each other, arranged marriages have no place in modern times and this could not possibly work.

But Prince Galahad “Gale” of Ersovia is bound by duty to obey the crown anyway.

Odette Wyntor doesn’t give a damn, she doesn’t want to get married.

Can he change her mind?

Can she even handle what it means to be royal, if he did?

The Prince’s Bride is Part 1 of a 2 part series.

“I’m not getting married, especially for money.”

“Odette, we need the money,” she reminded me. “You especially. Over the last year, you’ve tried to manage with just the money you were making off your music. How is that working out? How much do you have left?”

I looked away. “It’s not my fault, and you are not helping, Miss I-need-a-personal-driver. I’m perfectly fine selling off—”

“You’d rather sell off everything your father gave you than get married and get the money he wants you to have? We have bills and debts we need to pay.” When she put it like that, it sounded bad.

“You make it sound so easy! Like I’m just supposed to pick some random guy and get married to them for a year. Who would I even marry?”

“I found someone,” she whispered sheepishly.

What? “You found someone?” I repeated in disbelief. “What did you do? Go to a grocery store of eligible bachelors or something?”

“No, of course not. But if a place like that existed, it would be helpful.”

I shook my head and ate. “I’m not taking you seriously. You. Dad. Nope. I refuse to be made crazy today.”

“No need. I get it now. You knew about the second will, and you had some trust-fund brat waiting in the wings. That’s why you weren’t angry. Got it. Not happening,” I told her comfortably, already reaching for the remote control.

“Winter is coming early this year. Grab your—”

She grabbed the remote, turning it right back off. “He’s not a trust-fund brat, per se.”

“Don’t care, not interested,” I replied, taking the control back and flipping to the movies. “Do you want to watch The Notebook or If Beale Street Could Talk?”

“Fine, if you don’t want to be the princess of Ersovia, I can’t force you.” She huffed.

“The what of where?” I stared at her, my mouth agape, and of course, she was only pretending to be uninterested as she ate.

But the smug grin on her face couldn’t help but break out as she whipped back to me. A smile broke out widely across her face. “Anyone can get a trust-fund brat. Your mother, however, got you a prince.” She grinned, shaking with excitement. 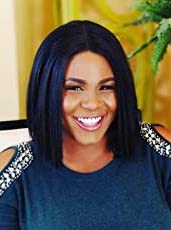 J.J. McAvoy was born in Montreal, Canada and graduated from Carleton University in 2016 with an honour’s degree in Humanities. She is the oldest of three and has loved writing for years. She is inspired by everything from Shakespearean tragedies to current culture. Her novels hope to push boundaries and allow readers to look at the world from another perspective. Please feel free to stay in touch with her via Facebook, Twitter, Tumblr and youtube, where she video blogs.