An electrifying story of two ambitious friends and the dark choices they make to become internet famous.

Orla Cadden is a budding novelist stuck in a dead-end job, writing clickbait about movie-star hookups and influencer yoga moves. Then Orla meets Floss—a striving, wannabe A-lister—who comes up with a plan for launching them both into the high-profile lives they dream about. So what if Orla and Floss’s methods are a little shady—and sometimes people get hurt? Their legions of followers can’t be wrong.

Thirty-five years later, in a closed California village where government-appointed celebrities live every moment of the day on camera, a woman named Marlow discovers a shattering secret about her past. Despite her massive popularity—twelve million loyal followers—Marlow dreams of fleeing the corporate sponsors who would do anything to keep her on-screen. When she learns that her whole family history is based on a lie, Marlow finally summons the courage to run in search of the truth, no matter the risks.

Followers traces the paths of Orla, Floss and Marlow as they wind through time toward each other, and toward a cataclysmic event that sends America into lasting upheaval. At turns wry and tender, bleak and hopeful, this darkly funny story reminds us that even if we obsess over famous people we’ll never meet, what we really crave is genuine human connection.

Followers by Megan Angelo is a dystopian science fiction fantasy that to me felt a lot more like a contemporary read with a bit of sci-fi to it. The story is told from different points of view and across two timelines from 2015 and 2055.

In 2015 Orla Cadden is a writer that has yet to write the novel she plans but instead writes celebrity gossip pieces to pay the bills. One day Orla meets Floss, a want to be A-lister who comes up with a plan for them both their big dreams. Then in 2055  Marlow lives in a small town for celebrities and lives every moment of her life on camera in front of millions when she discovers a secret from the past.

So for me Followers by Megan Angelo was one of those books where I don’t quite get the hype and feel left out of the secret to it’s success. Consider me on the outskirts with this one as everyone else seemed to love it but I spent the most part of this one fighting the urge to put it down and read something else. The story reminds me a lot of say the Kardashians or one of the Housewife types shows and those aren’t my cup of tea so I suppose what I wanted was more scifi wow then the contemporary feel it had. 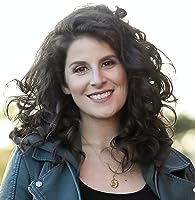 Megan Angelo has written about television, film, women and pop culture, and motherhood for publications including The New York Times (where she helped launch city comedy coverage), Glamour (where she was a contributing editor and wrote a column on women and television), Elle, The Wall Street Journal, Marie Claire, and Slate. She is a native of Quakertown, Pennsylvania and a graduate of Villanova University. She currently lives in Pennsylvania with her family.

← Smoke and Ritual by Melissa Sercia blitz with giveaway
Woman on the Edge by Samantha M. Bailey #bookreview #thriller →