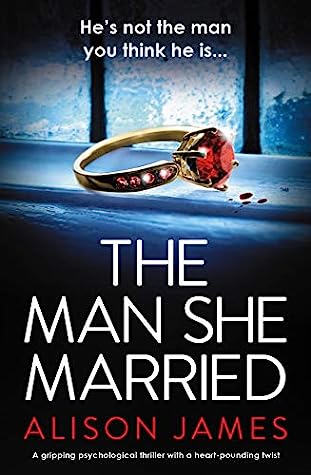 Title: The Man She Married

How well do you know your husband?

When Alice Gill sees the little blue line, it’s the happiest moment of her life. But her whole world is turned upside down when the police knock at her door minutes later…

Her husband, Dominic, is dead.

Distraught, Alice goes to identify the body. It’s him. Yet when Dominic’s estranged brother comes to view the coffin, he insists the man lying there is not Dominic Gill.

So who is the man Alison married?
And will his secrets put her life in danger too?

An absolutely gripping psychological thriller that will keep you guessing until the last page. If you love Behind Closed Doors, My Lovely Wife and Friend Request, you’ll be hooked on The Man She Married.

The Man She Married by Alison James is a psychological thriller that is told from two different points of view. At first the story starts with the wife then switches to the husband and finishes with the wife.

Alice met and married a man named Dominic Gill and thought they would be one of those happily ever after couples. Well, of course things rarely go as planned but despite a few red flags here and there over the course of their time together Alice thought things were OK and was ecstatic when she learned she was pregnant.

The very same night Alice thought her world was finally coming together when she learned of her pregnancy though Dominic failed to come home. Soon the bad news came, an accident out of nowhere and a body that needed identified. Alice quickly named the victim as her husband, his brother however said that is not the real Dominic Gill… so who was the man Alice married?

I have to admit that despite my own rating I could see that The Man She Married by Alison James may not be for every psychological thriller fan due to the fact that you go in knowing so much and get a lot solved early on. However, for someone like myself that reads a ton there was just something so addictive about this book that I could not put it down. It’s actual rather thought provoking when it came down to it and despite the twists being unveiled early the second half was still engaging making this one rather enjoyable to me. 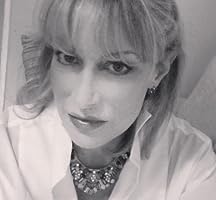