The House of Brides by Jane Cockram #bookreview #suspense #drama 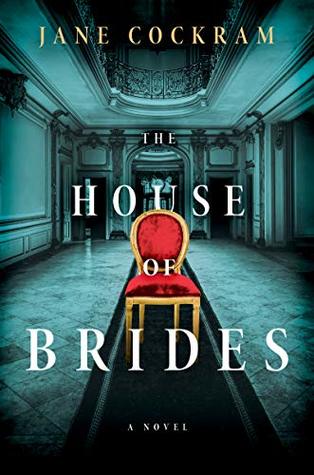 Title: The House of Brides

Jane Cockram makes her thrilling debut with this page-turning tale of psychological suspense in which a young woman whose life is in tatters flees to the safety of a family estate in England, but instead of comfort finds chilling secrets and lies.

Miranda’s life and career has been a roller-coaster ride. Her successful rise to the top of the booming lifestyle industry as a social media influencer led to a humiliating fall after a controversial product she endorsed flopped. Desperate to get away from the hate-spewing trolls shaming her on the internet, she receives a mysterious letter from a young cousin in England that plunges her into a dark family mystery.

Miranda’s mother Tessa Summers, a famous author, died when Miranda was a child. The young woman’s only connection to the Summers family is through Tessa’s famous book The House of Brides—a chronicle of the generations of women who married into the infamous Summers family and made their home in the rambling Barnsley House, the family’s estate. From Gertrude Summers, a famed crime novelist, to Miranda’s grandmother Beatrice, who killed herself after setting fire to Barnsley while her children slept, each woman in The House of Brides is more notorious than the next. The house’s current “bride” is the beautiful, effervescent Daphne, her Uncle Max’s wife—a famed celebrity chef who saved Barnsley from ruin turning the estate into an exclusive culinary destination and hotel.

Curious about this legendary family she has never met, Miranda arrives at Barnsley posing as a prospective nanny answering an advertisement. She’s greeted by the compelling yet cold housekeeper Mrs. Mins, and meets the children and her Uncle Max—none of whom know her true identity. But Barnsley is not what Miranda expected. The luxury destination and award-winning restaurant is gone, and Daphne is nowhere to be found. Most disturbing, one of the children is in a wheelchair after a mysterious accident. What happened in this house? Where is Daphne? What darkness lies hidden in Barnsley?

The House of Brides by Jane Cockram is a bit of psychological suspense entangled in a family drama.  The setting in this one takes place in England in an old family estate known as The Barnsley House and is atmospheric and haunting with gothic undertones.

Our main character, Miranda, is just coming into adulthood while still being treated as a child by her family and let’s face it, still making many mistakes along the way. Miranda had become a successful influencer but her fame had gone spiraling downward when she was caught in some lies on her products.

Being at a crossroads in her life Miranda had always wanted to know about her mother’s background and family so when a letter shows up years after her passing Miranda sees it as a sign to head to England for answers. When arriving however she impulsively masquerades as a nanny while she looks to uncover the secrets of her mother’s past.

The House of Brides was a solid enough debut for this author although sometimes along the way it felt as if there were a tad bit of something missing. The setting was done rather well and along with the characters it had a wonderfully creepy vibe that pulled the story along. I’m not sure if I just longed for more depth or perhaps a bit more action to it along the way but it was enough that I’m glad I gave it a go and would pick up another by Jane Cockram.

Jane Cockram was born and educated in Australia, where she studied Journalism at RMIT, majoring in Literature. After earning a post-graduate diploma in Publishing and Communication at Melbourne University, she worked in sales for Pan Macmillan Publishers and then as fiction buyer at Borders, fulfilling a childhood dream of reading for a living. Cockram spent a year living in the West Country of England, where The House of Brides is set, and still daydreams about returning. In the meantime, she resides in Melbourne with her husband and two children. The House of Brides is her debut novel.