A Shot of Murder (A Lucky Whiskey Mystery #1) by J.A. Kazimer #bookreview #mystery 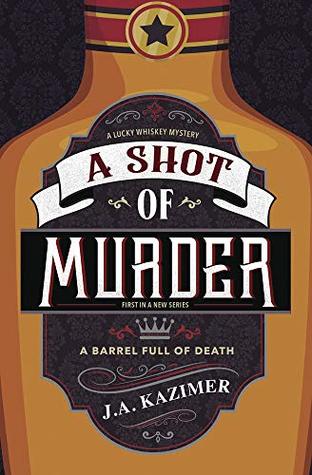 Title: A Shot of Murder

When it comes to murder, sometimes it’s better to be lucky than good

Ten years after leaving the small town of Gett, Florida, for Hollywood stardom, Charlotte “Charms” Lucky, who has never quite lived up to her surname, returns home to run the Lucky Whiskey distillery while her grandfather recovers from a heart attack.

Making whiskey is harder than Charlotte imagined, especially with longtime rivals and resentful townsfolk interfering at every turn. She’ll need more than a lucky charm to keep the family afloat, especially when she discovers her former high school boyfriend’s pickled corpse in a Lucky Whiskey cask, and her grandfather is arrested for the murder. Charlotte has one shot to clear his name and save the family business, and that is to find the real killer among a town full of suspects.

A Shot of Murder by J.A. Kazimer is the first book in the new cozy A Lucky Whiskey Mystery series. Just as with other cozy mystery series out there each book of this series will have it’s own mystery to be solved so they can be read on their own too without worrying about cliffhangers.

In A Shot of Murder Charlotte “Charms” Lucky has returned to her home town of Gett, Florida after a decade of trying and failing to succeed in Hollywood. Charms has returned to help with her families Lucky Whiskey distillery after her grandfather’s heart attack.

Growing up in Gett wasn’t always fun when your family is on the outs with the rich Gett family the town was named after either so Charms is not surprised she doesn’t get a glowing welcome. What she never expected though was to find a body at the distillery with a Gett investigating and her grandfather a suspect.

Normally I am one that seeks out overly quirky and unique cozies and I suppose A Shot of Murder should have qualified but there were just several things that bugged me with this opener. Now one may not bother other’s but is a pet peeve of mine is too many same named characters to sort out…The Getts. But that became background with a few other issues with repetitiveness and just over the top silliness in the actions/dialogue of the characters that ended up feeling  like poking fun at small towns. In the end definitely not my favorite opener in a cozy series. 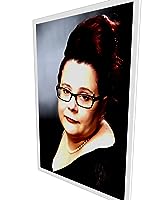 J.A.(Julie) Kazimer lives in Denver, CO. When she isn’t looking for a place to hide the bodies, she spends her time with a pup named Killer. Other hobbies include murdering houseplants and avoiding housework. She spent a few years as a bartender and then wasted another few years stalking people while working as a private investigator before transitioning to the moniker of WRITER and penning over 15 titles. Visit her website at jakazimer.com