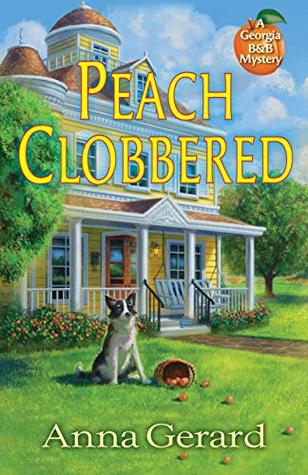 What’s black and white and dead all over? Georgia bed and breakfast proprietor Nina Fleet finds out when she comes across a corpse in a penguin costume.

Nina Fleet’s life ought to be as sweet as a Georgia peach. Awarded a tidy sum in her divorce, Nina retired at 41 to a historic Queen Anne house in quaint Cymbeline, GA. But Nina’s barely settled into her new B&B-to-be when a penguin shows up on her porch. Or, at least, a man wearing a penguin suit.

Harry Westcott is making ends meet as an ice cream shop’s mascot and has a letter from his great-aunt, pledging to leave him the house. Too bad that’s not what her will says. Meanwhile, the Sisters of Perpetual Poverty have lost their lease. Real estate developer Gregory Bainbridge intends to turn the convent into a golfing community, so Cymbeline’s mayor persuades Nina to take in the elderly nuns. And then Nina finds the “penguin” again, this time lying in an alley with a kitchen knife in his chest.

A peek under the beak tells Nina it’s not Harry inside the costume, but Bainbridge. What was he doing in Harry’s penguin suit? Was the developer really the intended victim, or did the culprit mean to kill Harry? Whoever is out to stop Harry from contesting the sale of his great-aunt’s house may also be after Nina, so she teams up with him to cage the killer before someone clips her wings in Peach Clobbered, Anna Gerard’s charming first Georgia B&B mystery.

Peach Clobbered by Anna Gerard is the first book in the new cozy A Georgia B&B Mystery series. As with most cozy mystery series this first book is a complete story within the book with it’s own mystery so readers don’t need to worry about cliffhangers.

After her divorce Nina Fleet wanted to get away from the city and give herself a fresh start so when she found a historic Queen Anne house in quaint Cymbeline, GA she immediately put in an offer. Nina’s long term plan was to eventually start her own B&B but  town ordinances had put a hold on that plan.

Now however, just as Nina is settling into the town and her new home she finds herself opening the door to an angry relative of the home’s former owner who threatens a law suit. And if legal troubles weren’t enough to keep her occupied a member of the town council arrives with Nina’s B&B plan needing the business up and running immediately filling Nina’s home with some displaced nuns.

Whew, this opener of the Georgia B&B Mystery series had a lot going on in it’s opening pages but funny enough it was all easy to follow and become engaged. I really enjoyed getting to know Nina and those around her. The small  town setting was of course as charming as ever and when finished with this story I can’t help but wonder what will be in store for readers in the future. 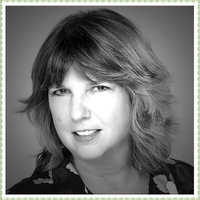 Anna Gerard is an experienced author who specializes in cozy mysteries with a southern twist. A Native Texan, she received a degree in journalism from the University of Oklahoma. The president of the Florida chapter of Mystery Writers of America, she enjoys reading, landscaping, and selling vintage goods on Etsy. She currently resides in the boonies of Florida.