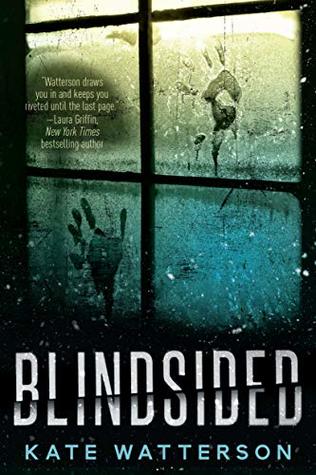 A young woman encounters the killer she accused years earlier—and finds herself drawn back into a vortex of evil she thought she’d left far behind her.

A decade after Cadence Lawrence accused the perpetrator in the brutal murder of her high school friend, she’s finally put the nightmare to rest. But the ghosts of her past won’t rest, and an unexpected encounter with the killer reawakens demons she thought were long dead. Gripped by paranoia, Cadence fears she’s being stalked, and suspects that the murderer has invaded the sanctity of her home. Could her chance encounter have rekindled the savage rage that claimed the life of her friend and now threatens Cadence herself?

Half-crazed with fear, Cadence takes flight, but instead of finding sanctuary, she runs headlong into one of the worst snowstorms to blast northern Wisconsin in years. Stranded, freezing, and alone, Cadence confronts her worst nightmare—until deliverance comes in the form of a stranger who rescues her and offers shelter from the blinding storm. But something is not altogether right with her savior, and Cadence is faced with another impossible dilemma. Should she trust this enigmatic stranger, or once again flee for her life? In the midst of an unrelenting storm, the walls are closing in on Cadence.

Blindsided by Kate Watterson is a thriller that felt if at times it wanted to cross over into a romantic suspense read. The story is mainly told from the point of view of the main character, Cadence Lawrence, but there are times it will switch the point of view.

The story begins to unfold in the middle of a snowstorm on a dark and deserted road as we join Cadence as she runs from something. Cadence quickly finds herself stuck in the snow when her car breaks down but thankfully a man comes to her rescue before she freezes at the side of the road.

Invited to wait out the storm in the stranger’s cabin Cadence couldn’t help but  be wary even through the kindness but as  time passes she begins to share her story. A decade before Cadence had accused a man of murder and he had walked back into her life sending her on the run.

Blindsided by Kate Watterson was an easy to read thriller that when s tarting out I really thought I would be rating highly. However, this would be one that the further and further I get into it the more over the top or unbelievable I began to find the plot and the characters. In the end Blindsided ended up being around 2 1/2 stars for me despite the strong beginning. 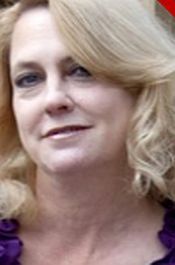 Kate Watterson is an experienced author who grew up on a steady diet of mystery and suspense novels. The author of Frozen, Charred, and Buried, she loves anything involving murder and intrigue. She currently resides with her husband, three children, and a temperamental cat named Poot in Indiana.