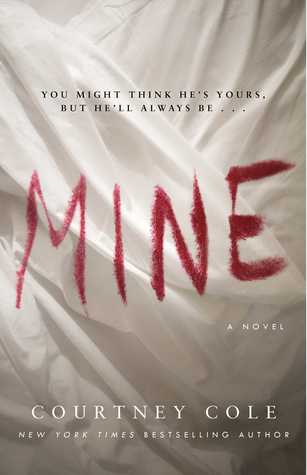 Tessa was prepared for the hurricane. Lindsey was the storm she didn’t see coming.

With a hurricane barreling toward Florida and Ethan stuck on a business trip, Tessa finds herself imprisoned in her own home with a choice to make: Does she ride out the storm until she can confront Ethan in person, or does she take matters into her own hands?

Increasingly restless and desperate for revenge, Tessa resolves to act. And when she lures Lindsey over a few hours later, there’s no turning back.

What ensues is a battle of wills between two well-matched opponents, blinded by love for the same man but driven by demons of their own. Like storm-ravaged Florida, neither woman will be the same when the skies clear.

He’s mine. Both wife and mistress would stake their lives on it. But only one of them can be right.

Mine by Courtney Cole seemed to  be a  bit of a drama filled thriller in which there’s not a ton of  guessing or twists galore but a flat out intense ride all the way.  The story is told by switching the point of view back and forth between the  two main characters, Tessa and Lindsay.

Tessa had some huge plans for her and her husband for the weekend while her children were going to be away but of course things do not go as planned. First, as Tessa is rushing home to beat a huge storm that is moving in she finds her husband isn’t even on the way  but instead she will be alone as most have even evacuated.

Just as she thinks things can’t get any worse than her romantic weekend up in smoke Tessa picks up her husband’s Ipad when she can’t find her own only to realize he has been cheating on her. With the mystery mistress texting Tessa pretends to be her husband and invites her over.

As many other’s have mentioned already… Hell hath no fury like a woman scorned…that is what you find in this book. The author mentions that this book came about from her own trying time in her marriage so this is like her version of therapy and I, for one, was thankful she shared it with us and it’s definitely a suspenseful page turner. 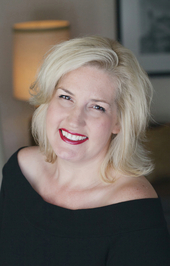 Courtney Cole grew up in rural Kansas and now lives with her husband and kids in Florida, where she writes beneath palm trees and is still in love with the idea of magic and happily-ever-after. She is the author of Saving Beck and Mine.