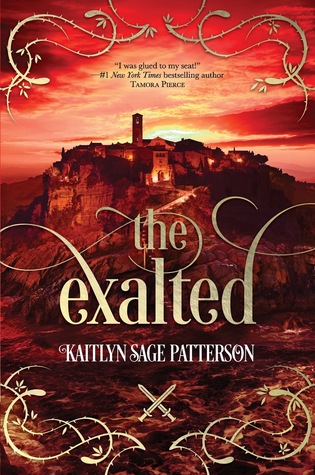 Since the founding of the Empire, Alskad has been ruled by the singleborn…but the new heir to the throne carries a secret that will change everything

When an assassin’s bullet takes the life of Queen Runa and allows an impostor to steal the throne, Bo Trousillion is forced to flee the empire that is his birthright. With few choices left and burdened with a secret that could disinherit him, Bo pursues an alliance with Noriava, the Queen of Denor, but the devious royal ensnares him in a trap and demands a huge price for her aid.

To the south, Vi Abernathy—Bo’s secret twin—joins a ragtag army of resistance fighters, determined to free Alskad and the colony of Ilor from the control of the corrupt temple and its leaders. But as Vi discovers a strength she never knew she had and prepares to rejoin her brother in Alskad, news of the coup and Bo’s narrow escape arrive in Ilor.

Determined to rescue Bo, Vi sails to Denor with the rebels at her side and a plan to outwit Queen Noriava, knowing there’s only one way she and Bo will be able to save the Alskad Empire—together.

The Exalted by Kaitlyn Sage Patterson is the second  book in the young adult fantasy Alskad Empire Chronicles.  Not that anyone should quote me on this but I  believe these two books are meant to be a duology but I could be wrong. Regardless this fantasy story continues over and picks up after the end of the first book so it’s best to  read them in order as a new reader may not understand this one without the world building of the  first.

In The Diminished, the first book of the series, readers were introduced to a world known as the Alskad Empire where the vast majority of births result in twins with the very rare singleborn birth. Bo Trousillion was  thought to be a singleborn which had put him in the running to take over the thrown one day. Vi Abernathy on the other hand was born a twin but she had  believed her sibling had passed shortly after birth making her a diminished.

Eventually  it was found that Vi and Bo were twins and they fought to keep  the secret. The Exalted picks up Vi and Bo’s story with the pair being separated so the point of  view switches between what is going on with each of them. Bo had been forced to flee the empire and is fighting to regain control of the crown. Meanwhile Vi has joined a group of resistance fighters to fight to free Alskad

I have to say having read the  first book of the series and liking it it did still take me a while to remember the events and get back into the story with these characters. I think there may have actually been more action and a quicker pace this time around but my confusing beginning still took a little longer to settle in leaving me to give this second book 3 1/2 stars. It’s still a creative fantasy and I had read both back to back I may have been more entranced and on the edge of my seat. 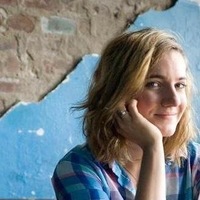 Kaitlyn Sage Patterson grew up with her nose in a book near the Great Smoky Mountains. When she’s not untangling some particularly troublesome plot point, she can be found cooking elaborate meals, riding horses, or with her husband and their rescue dogs.