The Great Unknowable End by Kathryn Ormsbee #bookreview #YA #historical 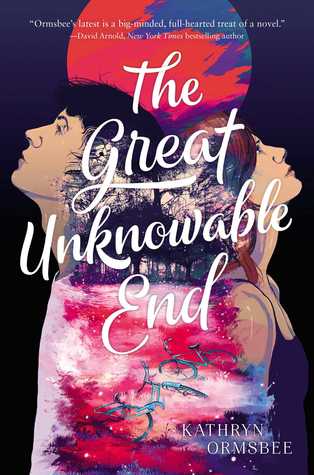 From the author of Tash Hearts Tolstoy comes a funny, moving novel about the lengths we’ll go to make dreams our dreams come true that’s perfect for fans of Shaun David Hutchinson and Rainbow Rowell.

Slater, Kansas, is a small town where not much seems to happen.

Stella dreams of being a space engineer. After Stella’s mom dies by suicide and her brother runs off to Red Sun, the local hippie commune, Stella is forced to bring her dreams down to earth to care for her sister, Jill.

Galliard has only ever known life inside Red Sun. There, people accept his tics, his Tourette’s. But when he’s denied Red Sun’s resident artist role, which he believed he was destined for, he starts to imagine a life beyond the gates of the compound…

The day Stella and Galliard meet, there is something in the air in their small town. Literally. So begin weeks of pink lightning, bloodred rain, unexplained storms…And a countdown clock appears mysteriously above the town hall. With time ticking down to some great unknowable end they’ll each have to make a choice.

If this is really the end of the world, who do they want to be when they face it?

The Great Unknowable End by Kathryn Ormsbee is a historical young adult read that takes a reader to the small town of Slater, Kansas in 1977. Along with being set in the past there’s also a bit of a fantasy vibe involved too as this small town and our teen characters experience some odd phenomenon.

Stella is an average teen that is doing the best she can with her situation. A bright girl she should have big plans for college and escaping her small town except she can’t bare the  thought of leaving her father and sister after having already lost their mother and brother.

Galliard is a member of Red Sun, a hippie commune on the outskirts of Slater. Having been born into the community Galliard never really thought o f leaving until he’s passed over for his dream job. When Galliard begins venturing out he and Stella become friends despite their differences.

The Great Unknowable End was a fun trip back into the late 70s bringing in music and events of the era to set the tone. Galliard and Stella were both likable characters you couldn’t help but  feel for each o f their situations. Galliard having Tourette’s also seemed to be well done and  brought another layer to his character. The thing that had me  rating this one at 3 1/2 stars was it felt like it just fizzled out at the end otherwise it was a nice story. 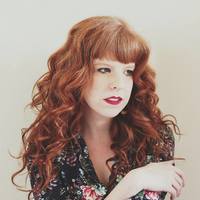 Kathryn Ormsbee grew up with a secret garden in her backyard and a spaceship in her basement. She is the author of The Water and the Wild and the YA novels Lucky Few and Tash Hearts Tolstoy. She’s lived in lots of fascinating cities, from Birmingham to London to Seville, but she currently lives in Austin, Texas.