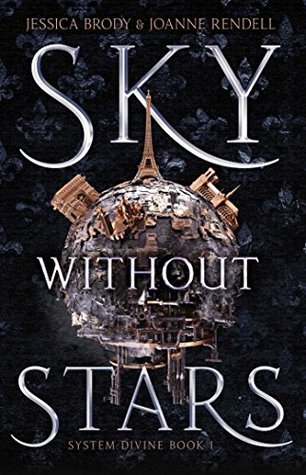 In the tradition of The Lunar Chronicles, this sweeping reimagining of Les Misérables tells the story of three teens from very different backgrounds who are thrown together amidst the looming threat of revolution on the French planet of Laterre.

A thief.
An officer.
A guardian.

When the Last Days came, the planet of Laterre promised hope. A new life for a wealthy French family and their descendants. But five hundred years later, it’s now a place where an extravagant elite class reigns supreme; where the clouds hide the stars and the poor starve in the streets; where a rebel group, long thought dead, is resurfacing.

Chatine is a street-savvy thief who will do anything to escape the brutal Regime, including spy on Marcellus, the grandson of the most powerful man on the planet.

Marcellus is an officer—and the son of a renowned traitor. In training to take command of the military, Marcellus begins to doubt the government he’s vowed to serve when his father dies and leaves behind a cryptic message that only one person can read: a girl named Alouette.

Alouette is living in an underground refuge, where she guards and protects the last surviving library on the planet. But a shocking murder will bring Alouette to the surface for the first time in twelve years…and plunge Laterre into chaos.

All three have a role to play in a dangerous game of revolution—and together they will shape the future of a planet.

Sky Without Stars by Jessica Brody and Joanne Rendell is the first book in the young adult science fiction fantasy System Divine series. This series is a retelling of the classic novel, Les Misérables by Victor Hugo.

Now, I’m not familiar with Les Misérables myself so I went into this one blind on comparing it to the classic and only  reading based on the new fantasy set in space. The world within is built on the idea  that  there were twelve families that went to  twelve new planets and now five hundred years later a revolution is about to  begin on Laterre.

Laterre is a planet that is ruled by the wealthy and elite while the poor are starving in the streets with no help from the rulers. Chatine is from a poor family and disguised herself as a boy stealing what she can to survive. Marcellus is a officer in training to  rule but questions the methods of his grandfather and then there is Alouette who has been in hiding for  the past twelve years only to come  to  the surface to cross paths with Marcellus and Chatine.

Sky Without Stars isn’t really a bad read overall but at close to six hundred pages I couldn’t help but wish for more to happen in this first book making it seem  very slow paced to me. Also, I seemed to enjoy  the story a lot more when it came to Chatine and without her/him things would seem rather dull as Marcellus and Alouette just didn’t appeal that much to me. Since book one felt like six hundred pages of world building I will think twice about continuing onwards when it’s time for book two.

Jessica Brody is the author of several popular novels for teens and tweens, including The Geography of Lost Things, 52 Reasons to Hate My Father, A Week of Mondays, Better You Than Me, and the Unremembered trilogy. She lives with her husband and four dogs near Portland, Oregon. Visit her online at JessicaBrody.com.

Joanne Rendell is the author of three novels and holds a PhD in English literature. She teaches fiction writing to teens and kids and is a board member for the youth Shakespeare company, New Genesis Productions. With her husband and son, Joanne divides her time between New York City, and New Paltz, New York. Visit Joanne at JoanneRendell.com.

← What We Do For Love by Anne Pfeffer blitz with giveaway
Cover Reveal: Crashing Together by Lyssa Cole →