As promised a bit longer of an addition post this week, it’s my cozy Kensington addiction  that happens at least once a month that gets me. What can I say though? Always such great reads that are a lot of fun!

Stella Kendrick is an all-American heiress who can’t be tamed. But when the lively aspiring equine trainer tangles with British aristocracy, she meets her match—and a murderer . . .

Spring, 1905:  Free-spirited like the Thoroughbreds she rides across the Kentucky countryside, Stella takes adventure by the reins when she’s asked to attend a mysterious wedding in rural England. But once she arrives at the lush Morrington Hall estate, her cold and ambitious father confesses that he won’t only give away his best racehorses as gifts—he has also arranged to give away his daughter as bride to the Earl of Atherly’s financially strapped son . . .

Stella refuses to be sold off like a prized pony. Yet despite a rough start, there’s something intriguing about her groom-to-be, the roguish Viscount “Lyndy” Lyndhurst. The unlikely pair could actually be on the right track with each other . . . until they find the vicar who was to marry them dead in the library.

With culture clashes mounting between families, a scandalous murder case hangs over Morrington Hall. Now, Stella and Lyndy must go from future spouses to amateur sleuths as they team up to search for the truth—and prevent an unbridled criminal from destroying their new life together right out of the gate . . .

If it wasn’t for art thieves, spies and killers, Alex Vlodnachek’s life would be bliss.

Her freelance career is catching fire. Her relationship with B&B owner Ian Sterling is flirty and fun. She’s even attending a glittering cocktail party at his sprawling Victorian inn.

But, to this ex-reporter, something seems “off.” And it’s not the canapés. When Ian’s father vanishes, the enigmatic innkeeper asks for her discretion. And her assistance.

Meanwhile, Alex is having the opposite problem at her tiny bungalow: People keep piling in uninvited. Including a mysterious intruder found sleeping in her kitchen. Her grandmother, Baba, who shows up “to help”—with Alex’s own mother hot on her heels.

When the intrepid redhead discovers a body in the B&B’s basement and a “reproduction” Renoir in the library, she begins to suspect that Ian is more than just a simple hotel owner.

Can she find the missing man before it’s too late? Or will Alex be the next one to disappear?

Life has always been sweet on Georgia’s Peach Cove Island, but a case of murder has Marygene Brown down in the pits . . .

For generations, the women of the Brown family on Peach Cove Island have been known for their Southern sass and sweet homemade desserts at their beloved Peach Diner. Since their mother’s passing two years ago, Marygene has been stuck in Atlanta while her sister Jena Lynn has been running the family business. Now Marygene has left her husband and returned to her hometown, where she can almost feel Mama’s presence.

But all is not peachy back home. Marygene has barely tied on an apron when a diner regular drops dead at the counter. When it turns out the old man’s been poisoned, Jena Lynn is led away in handcuffs and the family eatery is closed. Now, to save her sister and the diner, Marygene must find the real killer. With some startling assistance from her Mama’s spirit, Marygene will be serving up a special order of just desserts . . . 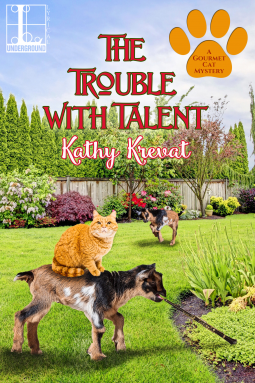 Single mom Colbie Summers has a lot to be grateful for in the run up to Thanksgiving. Relocating back to her California hometown has brought her irascible dad and adolescent son closer.  Her gourmet cat food line—vetted by her trusty taste-tester, Trouble—is about to get a big re-order. And she’s made wonderful new friends and colleagues. Too bad one them has just been accused of murder . . .

Sunnyside’s most gifted students have been at the mercy of a shadowy network of college fixers—including an abusive oboe teacher whose recommendation is necessary to get into Julliard and a school secretary who alters grades for cash. When they turn up dead, Colbie has to untangle a cat’s cradle of suspects and motivations—from livid parents and students whose dreams have been crushed to an entire secret Facebook group of spurned lovers.

Suddenly, holiday preparations just got a lot hairier. With the big re-order now on hold and the real killer still at large, Colbie discovers that someone has been grading on a very dangerous curve—and it will take all her newfound sleuthing talent to land safely on her feet.

When exotic pet-sitter Belinda Blake moves into a carriage house in tony Greenwich, Connecticut, she’s hoping to find some new clients. Instead she discovers a corpse in the garden—and a knack for solving murders . . .

Pet-sitter Belinda Blake doesn’t rattle easily, but move-in day has been eventful, to say the least. The python in her care tried to slither to freedom—just as she met Stone Carrington V, her landlords’ disarmingly handsome son. With the constrictor back in its cage, she heads out to the garden, only to discover a designer shoe poking out of the boxwood hedge—attached to a woman’s dead body.

The victim, Margo Fenton, was a Carrington family friend, and no one in their circle seems above suspicion. Between client trips to Manhattan and visits to her family in upstate New York, Belinda begins to put the pieces together. But though she’s falling for Stone’s numerous charms, Belinda wonders if she’s cozying up to a killer. And soon, daily contact with a deadly reptile might be the least dangerous part of her life . . . 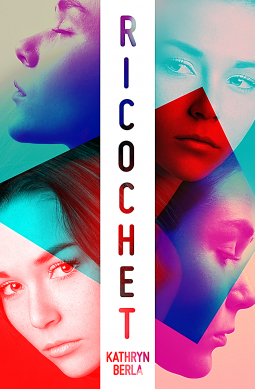 When seventeen-year-old Tati sends a saliva sample to a DNA ancestry testing site her results come back inconclusive. What’s wrong with her DNA? And what does it have to do with her unexplained seizures and the beckoning tunnel she sees during them?

What Tati discovers is more than she could have ever imagined possible. Parallel universes exist and her abnormal DNA compels and condemns Tati and her other selves—shy Ana—privileged Tatyana—and on-the-run Tanya, to a lifetime of ricocheting between their parallel lives in the multiverse. 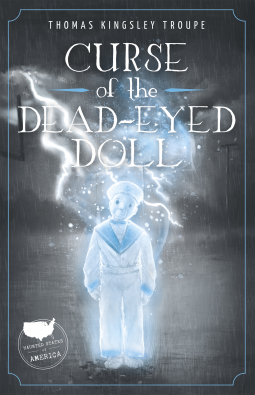 Alejandro Padilla isn’t superstitious and he doesn’t believe the stories that an old sailor doll in a Key West, Florida, museum is haunted. Robert the Doll might look creepy, but that doesn’t mean the doll is cursed. So Al ignores the tour guide’s warning to ask Robert’s permission before taking the doll’s photograph. But it isn’t long after Al’s field trip to the museum that strange things start happening. Al is quick to dismiss the odd occurrences as coincidence and bad luck . . . that is until they become more frequent and more sinister. Is the doll tormenting Al? And if so, what will Al have to do to get him to stop?

Every state has its own spine-tingling stories of ghosts and mysterious hauntings grounded in its regional history. The Haunted States of America series uses real-life ghost lore as jumping-off points to new, chilling tales. An author’s note provides historical origins and fascinating facts, but beware: sometimes real life is stranger than fiction.

Hana Keller serves up European-style cakes and teas in her family-owned tea house, but when a customer keels over from a poisoned cuppa, Hana and her tea-leaf reading grandmother will have to help catch a killer in the first Hungarian Tea House Mystery from Julia Buckley.

Hana Keller and her family run Maggie’s Tea House, an establishment heavily influenced by the family’s Hungarian heritage and specializing in a European-style traditional tea service. But one of the shop’s largest draws is Hana’s eccentric grandmother, Juliana, renowned for her ability to read the future in the leaves at the bottom of customers’ cups. Lately, however, her readings have become alarmingly ominous and seemingly related to old Hungarian legends…

When a guest is poisoned at a tea event, Juliana’s dire predictions appear to have come true. Things are brought to a boil when Hana’s beloved  Anna Weatherley butterfly teacup becomes the center of the murder investigation as it carried the poisoned tea. The cup is claimed as evidence by a handsome police detective, and the pretty Tea House is suddenly endangered.  Hana and her family must catch the killer to save their business and bring the beautiful Budapest Butterfly back home where it belongs.

A feminist Lord of the Flies about three best friends living in quarantine at their island boarding school, and the lengths they go to uncover the truth of their confinement when one disappears. This fresh, new debut is a mind-bending novel unlike anything you’ve read before.

It’s been eighteen months since the Raxter School for Girls was put under quarantine. Since the Tox hit and pulled Hetty’s life out from under her.

It started slow. First the teachers died one by one. Then it began to infect the students, turning their bodies strange and foreign. Now, cut off from the rest of the world and left to fend for themselves on their island home, the girls don’t dare wander outside the school’s fence, where the Tox has made the woods wild and dangerous. They wait for the cure they were promised as the Tox seeps into everything.

But when Byatt goes missing, Hetty will do anything to find her, even if it means breaking quarantine and braving the horrors that lie beyond the fence. And when she does, Hetty learns that there’s more to their story, to their life at Raxter, than she could have ever thought true.

When seventeen-year-old DEVYN CARTER arrives at school, she expects the day to be as boring and mundane as usual, but when she meets the new, hot substitute teacher, and the even hotter transfer student, Devyn’s life transforms into anything but normal.

With these newcomers, also come some harrowing revelations that thrust Devyn into a group of warriors, the Order, dedicated to ridding the world of the monstrous creatures known as Moon Children.

It quickly becomes clear that Devyn’s role in the Order is more than anyone had thought. Pressed into training the skills she never knew she possessed, Devyn finds herself faced with the toughest decision she has ever had to make: leave the Order and return to her life for what little time humanity has left, or give up all she has ever known to assume a role she never chose and risk her life to save the world.

From the author of Grave Little Secrets comes this EPIC new fantasy series that tests limits, explores love, and unveils a world hiding in plain sight. Hold on to your seats!