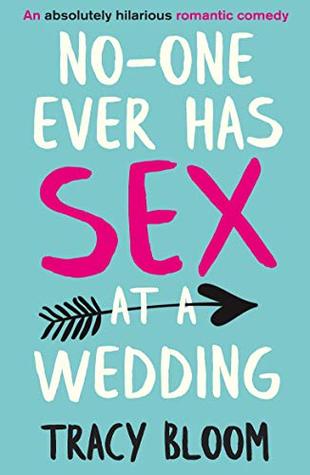 Title: No-one Ever Has Sex at a Wedding

In Katy’s opinion, weddings should follow some basic rules:

1) No-one should ever have sex. Of course. The married couple has the rest of their lives for that, and the guests should be too busy partying.

2) If you are heavily pregnant (as Katy is) you should obviously not be invited to three weddings in the space of one summer. Your husband’s accident-prone best friend, your attention-seeking colleague, your 73-year-old mother’s marriage to her Spanish toy boy – all without even an alcoholic drink to make them bearable.

3) During the speeches, it should not be revealed that you had a secret one-night-stand with one of the other guests.

4) Instead of laying bets on the length of the best man’s speech, guests should not be laying bets on whether a marriage will be in ruins before the end of the meal…

But this summer, Katy is lucky enough to be the special guest at the weddings that break ALL of the rules. What could possibly go wrong?

From the no. 1 bestselling author of No-one Ever Has Sex on a Tuesday, this book will make you laugh until you cry. Perfect for fans of Nick Spalding, Marian Keyes and Gill Sims.

No-one Ever Has Sex at a Wedding by Tracy Bloom is the  fourth book in the No-one Ever Has Sex romantic comedy series. This is a continuing series about a group of friends and their lives so the best way to enjoy  them would be starting with the first book, No-One Ever Has Sex On A Tuesday. However, I actually joined this series at book three and still found it hilarious so I definitely wanted to return for book four knowing there may be some back story I may have missed.

This series is not just about one couple but several friends and their relationships with one another so the point of view does switch between a few characters. In this installment all of the laughs come from our characters having to attend several weddings. As most would know things rarely go as planned and that definitely holds true in this story.

When reading the third book of this series I remember having the thought that these people sure are a hot mess… but such a hysterical hot mess that I couldn’t put it down. Well, things have not changed a bit and the author again has done a great job tossing problems at the cast of characters and letting them deal with them in a humorous manor keeping a smile on a readers face and plenty of laughs on hand all throughout. 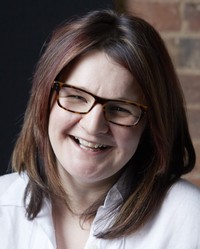 Tracy started writing when her cruel, heartless husband ripped her away from her dream job shopping for rollercoasters for the UK’s leading theme parks, to live in America with a brand new baby and no mates. In a cunning plan to avoid domestic duties she wrote the romantic comedy, NO-ONE EVER HAS SEX ON A TUESDAY.
Her new Connecticut friends took a shine to her British sense of humour and encouraged her to share her words with a wider audience. NO-ONE EVER HAS SEX ON A TUESDAY went on to be successfully published internationally and became a number 1 bestseller. So now Tracy has a new dream job, making people laugh and sometimes cry through her writing.