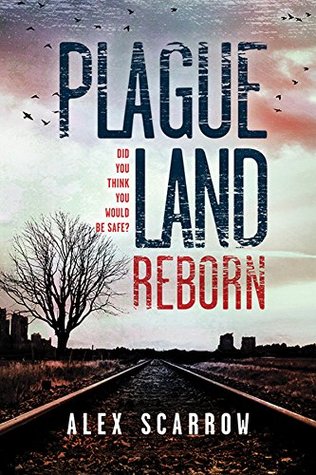 THEY THOUGHT IT WAS DEAD. THEY WERE WRONG.

Two years ago, a virus hit London, killing thousands of people and driving the rest into hiding. But Leon has somehow survived, making it through two harsh winters. Now he’s living on the fragile hope that the freezing snow and ice of the English climate wiped out the virus for good. Word even reaches Leon of a rescue boat on its way.

But all is not as safe as it seems. The virus has been busy…

Plague Land: Reborn by Alex Scarrow is the second book of the science fiction horror Plague Land series. Told from alternating points of view this series is one for the fans of apocalyptic horror or dystopian stories and gives a new twist to the end is near.

In the first book of the series readers met young teens Leon and his sister Grace as the world began getting news of a virus that was quickly spreading around the world. Along with their mother Leon and Grace had fled the city to avoid being infected.

Now the story has jumped two years after the end of the first book as Leon has been surviving by living above a store while the world seems to be recovering from the virus. When hearing a radio broadcast for survivors Leon thinks it’s time to make the trek to see if they can be rescued.

I’ve read and watched a lot of different takes on this type of story over the years anywhere from zombies to viruses or nuclear bombs so honestly when picking up the first book I had just hoped for likable characters and story but not really expected newness. Can I just say I’m glad I was wrong? This series goes another step into the whole infection genre and that was a step onto the creepy train with a thinking mutated virus that stays ahead of the game. After another cliffhanger ending I’m now excited to see what the author could possibly have in store next. 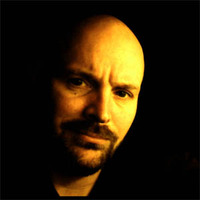 Award-winning author Alex Scarrow spent years as a video game designer before turning to writing. He is the author of the internationally acclaimed TimeRiders books for teens, as well as a number of adult thrillers. He lives in Norwich, England. Learn more at alexscarrow.com.