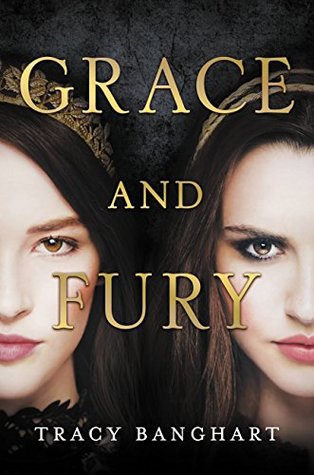 Bold, brutal, and beautiful–a must-read fantasy full of fierce sisterhood, action, and political intrigue for fans of The Selection series, Caraval, and The Handmaid’s Tale.

Serina Tessaro has been groomed her whole life to become a Grace–someone to stand by the heir to the throne as a shining, subjugated example of the perfect woman. It’s her chance to secure a better life for her family, and to keep her headstrong and rebellious younger sister, Nomi, out of trouble. But when Nomi catches the Heir’s eye instead, Serina is the one who takes the fall for the dangerous secret her sister has been hiding.
Trapped in a life she never wanted, Nomi has only one option: surrender to her role as a Grace until she can use her position to save Serina. But this is easier said than done…. A traitor walks the halls of the palazzo, and deception lurks in every corner.
Meanwhile Serina is running out of time. Imprisoned on an island where she must fight to the death to survive, surrounded by women stronger than she is, one wrong move could cost her everything. There is no room for weakness on Mount Ruin, especially weaknesses of the heart.
Thrilling and captivating, Grace and Fury is a story of fierce sisterhood, and of survival in a world that’s determined to break you.

Grace and Fury by Tracy Banghart is the first book of the young adult fantasy Grace and Fury series. So yes, being the first book of a fantasy story this one will leave you with a cliffhanger to lead into the later books for the series.
I normally find the advertising descriptions in blurbs really far off the mark and wonder what they were thinking comparing one book to another but with this one I really can see the books mentioned, The Selection, Caravel and The Handmaid’s Tale. It’s as if the author did a bit of a book stew with ideas from each and mixed it all together.
The story starts with sisters Serina and Nomi in which Serina wants desperately to be chosen as a Grace and Nomi is content with being her sister’s servant. However, as one knows in the world of fantasy things often don’t turn out the way they should and instead of Serina Nomi ends up being chosen and poor Serina ends up a prisoner.
So yes, a bit of book stew reminding me a bit of the Selection in the choosing, the Handmaid’s Tale in the world in which women have no rights and the sisterly love shown in Caravel. Roll all this together with some twists and turns for Serina and Nomi and you have Grace and Fury.
When finished with this opener to the series I would rate this at 3.5 stars for a couple of reasons. I felt along the way that I wanted a bit more explanation here and there with the world building, it’s not bad at all though just needed a tweak or two. And with this reminding me of other stories I saw a few things coming along the way and wondered about a few choices the sisters made. Overall though a nice start and I would continue. 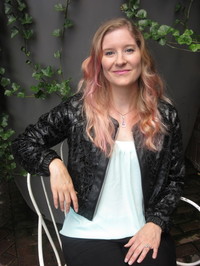 Tracy Banghart has an MA in Publishing and an unhealthy affection for cupcakes. She lives in Hawaii with her husband and son, where there are a lot of volcanoes, none of which she’s made her home.