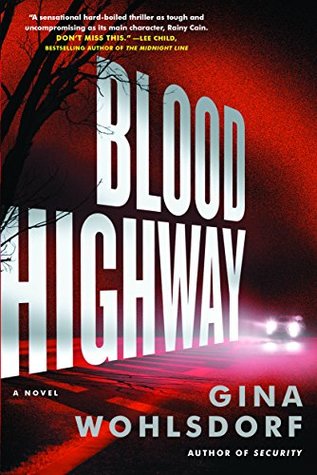 Meet Rainy Cain, a tough, smart seventeen-year-old whose primary instinct is survival. That instinct is tested when her life is upended by the sudden appearance of her father, Sam, who she thought was long dead, but instead had been in prison for his part in an armored truck robbery gone murderously wrong. Now escaped and on the run, he kidnaps Rainy, who he is convinced knows where the money from the robbery, never recovered, is hidden.

Accompanied by a henchman with secret motives of his own, they set off on a cross-country dash to Big Sur, where Sam suspects his late wife stashed the cash. On their heels is a Minneapolis cop intent on bringing Rainy safely home.

It is an odyssey that will push Rainy to the limits of endurance, and that will keep readers guessing until the very end. What does Rainy really know—and what is she willing to sacrifice in order to live?

Rainy Cain was more or less a normal teenage girl being raised by a single mother and dreaming of more to come until the day her world fell apart. Returning home Rainy immediately knew things were a bit off in the house but as she went to investigate she never expected to find her mother having committed suicide.

When calling for help Rainy finds herself with a young detective that helps her through the shock and loss of her mother. Shortly after though a man named Sam kidnaps Rainy away claiming to be her long lost father who Rainy had thought had died before she was gone. It turns out Sam has gotten out of prison and come for Rainy thinking she knows something her mother had been hiding from Sam.

Blood Highway by Gina Wohlsdorf is one of those thrillers that I’m just going to jump right in and get the content warning out of the way first. There’s a few triggers in this one obviously with starting out with a suicide but also along with the kidnapping we have more dark content in rape and murder with some content even making me cringe and that’s saying a lot.

Having read Security by Gina Wohlsdorf I had an idea of what to expect with the writing and that would be a fast paced over the top kind of read which is what I did find. There were some things in this one though that confused me a little and with some things being a bit much for my taste I didn’t quite love this one but it’s definitely one action packed read that some might love.

Gina Wohlsdorf, whose first novel, Security, was praised as “witty,” “chilling,” “kinky,” and “stunning,” lives in Colorado. Blood Highway is her second novel.