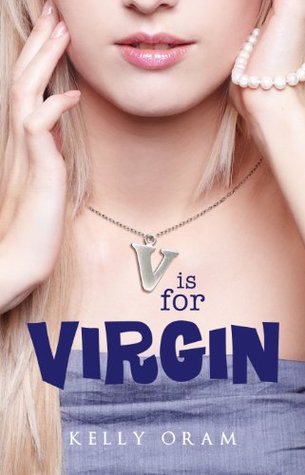 Title: V is for Virgin

“You haven’t seen Tralse’s website today.” She said it as a statement, not a question.

Without saying another word—apparently there were none to explain the coming horror—Robin surfed over to Tralse’s website. Aside from having posted videos from the concert last night of their new song, Kyle had posted a new blog.
“Ten reasons why Virgin Val sucks?” I screeched.

A couple walking past the store looked up, startled, so I bit my tongue to keep from spouting profanities of my own.

I clicked on the blog. There was no way to make myself not click on it.

The Top Ten Reasons Why Virgin Val Sucks
10. She called me a one-hit-wonder.
9. She doesn’t appreciate the endearing nickname I gave her.
8. She makes me write stupid blogs about her at four in the morning.
7. She’s encouraging people not to have sex.
6. She blew me off when I asked her out.
5. She has a crush on a douche bag.
4. She won’t answer any of my calls.
3. She’s such a tease with her look-but-don’t-touch policy.
2. I played a whole effing concert just for her and she didn’t come even though she told me she would. (You’re such a liar!)
And the #1 reason why Virgin Val sucks?
I still want her anyway.

A full minute of silence passed with me simply staring at the computer screen, blinking over and over, hoping that the next time my eyes closed the blog would disappear.
“It’s actually very sweet…” Robin said. “If you think about it.”
My jaw, which had already fallen slack, hit the floor as I gaped at her. “Sweet?” I choked on the word. “I’m going to KILL him!”
…

From the best selling YA romance author of The Avery Shaw Experiment comes a wildly funny and heart-melting rockstar romance. Kyle Hamilton is the quintessential bad boy, but Val Jensen is not your typical good girl.

When Val gets dumped for her decision to stay a virgin until marriage, the nasty breakup goes viral on YouTube, making her the latest internet sensation.

After days of ridicule from her peers, Val starts a school-wide campaign to rally support for her cause. She meant to make a statement, but she never dreamed the entire nation would get caught up in the controversy.

As if becoming nationally recognized as “Virgin Val” isn’t enough, Val’s already hectic life starts to spin wildly out of control when bad boy Kyle Hamilton, lead singer for the hit rock band Tralse, decides to take her abstinence as a personal challenge.

How can a girl stay true to herself when this year’s Sexiest Man Alive is doing everything in his power to win her over?

V is for Virgin will have you laughing out loud, crying, falling in love, and desperate for More. Luckily it’s part of a complete series. Look for the newly-released sequel, A is for Abstinence, told entirely from Kyle’s point of view!

Literary achievements:
V is for Virgin was a Whitney Award Finalist in 2013 for Best Young Adult Contemporary!

Complete series:
V is for Virgin
A is for Abstinence

V is for Virgin by Kelly Oram is the first book in the young adult contemporary V is for Virgin duology. I’ve had this one for a while now and I was honestly surprised at just how well I liked it now that I’ve read it.

Val is in high school and as much as she loves her boyfriend Zach she’s made a pact with herself that she is going to wait until marriage before losing her virginity. When Zach plans a night together and pushes for more than Val is willing to give the couple split up. But the worst comes for Val when Zach starts a new relationship and she’s filmed telling the girl off.

After becoming a YouTube sensation for standing up for her beliefs Val attracts the unwanted attention of a rock star and finds herself in the spotlight. Instead of cowering from it though Val welcomes the publicity and starts her V is for Virgin campaign.

In the first few chapters I was quite proud of Val and liked her immediately for standing up for her beliefs. But along with the positive message the story also has plenty of other things happening to keep the pages turning and with that plenty of emotion oozing from the pages whether they are ups or downs.  Definitely a fun story that I’m glad I finally took time to read and would recommend. 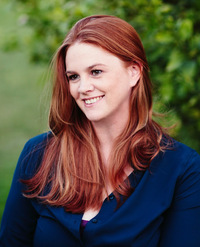 Kelly Oram wrote her first novel at age fifteen–a fan fiction about her favorite music group, The Backstreet Boys, for which her family and friends still tease her. She’s obsessed with reading, talks way too much, and likes to eat frosting by the spoonful. She lives outside of Phoenix, Arizona with her husband, four children, and her cat, Mr. Darcy.
Discover more at http://www.kellyoram.com