All These Beautiful Strangers by Elizabeth Klehfoth @WmMorrowBooks #bookreview #mystery #YA 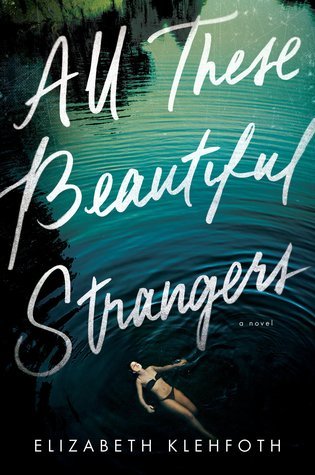 Title: All These Beautiful Strangers

A young woman haunted by a family tragedy is caught up in a dangerous web of lies and deception involving a secret society in this highly charged, addictive psychological thriller that combines the dishy gamesmanship of Gossip Girl with the murky atmosphere of The Secret History.

One summer day, Grace Fairchild, the beautiful young wife of real estate mogul Alistair Calloway, vanished from the family’s lake house without a trace, leaving behind her seven-year old daughter, Charlie, and a slew of unanswered questions.

Years later, seventeen-year-old Charlie still struggles with the dark legacy of her family name and the mystery surrounding her mother. Determined to finally let go of the past, she throws herself into life at Knollwood, the prestigious New England school she attends. Charlie quickly becomes friends with Knollwood’s “it” crowd.

Charlie has also been tapped by the A’s—the school’s elite secret society well known for terrorizing the faculty, administration, and their enemies. To become a member of the A’s, Charlie must play The Game, a semester-long, diabolical high-stakes scavenger hunt that will jeopardize her friendships, her reputation, even her place at Knollwood.

As the dark events of past and present converge, Charlie begins to fear that she may not survive the terrible truth about her family, her school, and her own life.

All These Beautiful Strangers by Elizabeth Klehfoth is a young adult mystery that is told from multiple points of view and several timelines. Reading this one I had the thought that the author successfully made a book stew, she managed to combine a couple of mysteries and some drama into an interesting story.

First we have seventeen year old Charlie Calloway who is a junior at the prestigious Knollwood and looking forward to joining Knollwood’s secret elite society, the As. Charlie is ready to put her past behind her and step out of the shadow of her family name so when invited to join the high stakes scavenger hunt that begins the initiation into the As Charlie is excited to join the in crowd.

Ten years before when Charlie was seven her mother had gone missing and even a decade later there were never any definite answers to what happened. Rumors still swirl that Charlie’s father had murdered Grace but evidence points to Grace having planned to leave the marriage and disappear.

And then twenty years earlier there was another mystery that involved Charlie’s family. Her mother had been good friends with a boy named Jake who had attended Knollwood back then and had been said to commit suicide. Grace had never really believed of the suicide and blamed herself for not knowing what was going on with Jake.

The story was very easy to follow along even as it changed the point of view and went back in time. Just as much as Charlie’s pledging to join the As was interesting and drama filled in the present time the mysteries of the past were just as compelling. This one became quite the page turner just waiting to see what would happen and how all the secrets and lies could be woven in together and be solved making a very enjoyable read. 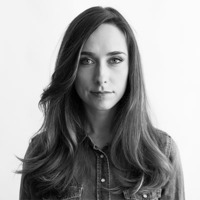 Elizabeth Klehfoth (Author) Elizabeth Klehfoth holds an MFA in creative writing from Indiana University, where she taught fiction writing and composition and served as an Associate Fiction Editor for the Indiana Review. Her short stories have appeared in the literary journals Gravel and Devil’s Lake. She currently lives and writes in Los Angeles.