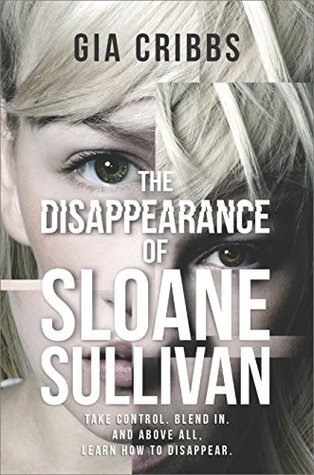 Title: The Disappearance of Sloane Sullivan

No one wants me to tell you about the disappearance of Sloane Sullivan.

Not the lawyers or the cops. Not her friends or family. Not even the boy who loved her more than anyone. And most certainly not the United States Marshals Service. You know, the people who run the witness protection program or, as it’s officially called, the Witness Security Program? Yeah, the WITSEC folks definitely don’t want me talking to you.

But I don’t care. I have to tell someone.

If I don’t, you’ll never know how completely wrong things can go. How a single decision can change everything. How, when it really comes down to it, you can’t trust anyone. Not even yourself. You have to understand, so it won’t happen to you next. Because you never know when the person sitting next to you isn’t who they claim to be…and because there are worse things than disappearing.

Sloane Sullivan is not your average teenager. She’s become a master of blending in and going unnoticed after years of being in the witness protection program. Now however Sloane can see the light at the end of the tunnel when her handler Mark has promised that this will be her last identity change and there will be no more running after the men she’s hidden from have gone to jail.

With only a couple months left until Sloane is released from the program she begins her time in a new town and new school with hope for the first time in years. That is until Sloane is faced with a friend from her past and struggles with the dilemma of coming clean and running yet again or trying to remain anonymous.

While The Disappearance of Sloane Sullivan by Gia Cribbs is a young adult thriller I would warn die hard thriller fans that this one is a very slow build with a lot of the first half reading a lot like a young adult contemporary. Sloane enters what she hopes to be her last days of hiding by attending a new school, making friends and getting close to the boy she had to leave behind from her past all the while slowly showing readers what led Sloane to that point in her life.

Now I’m normally the first to complain of a slow build but the contemporary side and the look into her years in witness protection were engaging enough I didn’t notice it took nearly seventy percent of the book to racket up the action and thrills. I did have the thought in the back of my mind if Sloane recognizes Jason he probably recognized her but I let it ride and enjoyed what was going on regardless. When the action began it was a roller coaster ride until the end that was well worth the wait too. I would say if a fan of young adult thrillers and contemporary this would be certainly worth picking up.

Gia Cribbs is an author and lawyer who lives in Maryland with her husband and daughters. When she isn’t writing, she can usually be found reading, eating too much chocolate, or fantasising about her next vacation. The Disappearance of Sloane Sullivan is her first novel.