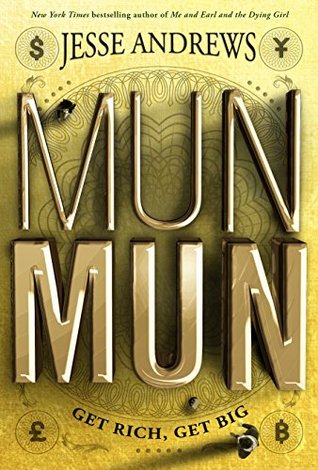 In an alternate reality a lot like our world, every person’s physical size is directly proportional to their wealth. The poorest of the poor are the size of rats, and billionaires are the size of skyscrapers.

Warner and his sister Prayer are destitute—and tiny. Their size is not just demeaning, but dangerous: day and night they face mortal dangers that bigger richer people don’t ever have to think about, from being mauled by cats to their house getting stepped on. There are no cars or phones built small enough for them, or schools or hospitals, for that matter—there’s no point, when no one that little has any purchasing power, and when salaried doctors and teachers would never fit in buildings so small. Warner and Prayer know their only hope is to scale up, but how can two littlepoors survive in a world built against them?

A brilliant, warm, funny trip, unlike anything else out there, and a social novel for our time in the tradition of 1984 or Invisible Man. Inequality is made intensely visceral by an adventure and tragedy both hilarious and heartbreaking.

Munmun by Jesse Andrews is a young adult fantasy set in a world similar to ours but all of the occupants are different sizes based on how much money they have. The main character, Warner, and his sister Prayer are littlepoors, the smallest size. Their family are about the size of an average rat leading them into dangers that the wealthy and middle class could never imagine.

Warner’s father was killed when a middle child was pushed into their house stomping on him. Then Warner’s mother was also injured leaving the family even more destitute. The trio come up with a plan though for Warner and his sister to make munmun and size up sending them on a quest across the city.

The first thing I’d mention with this one would be that there are sexual situations and adult content in here so it probably should be for more mature audiences. But with that being said it’s also a pretty wacky fantasy world including a lot of made up words and some pretty far out there action in the story. Readers definitely need to know the author is about as far away from Me and Earl and the Dying Girl that he is famous for before stepping into this crazy world.

I have to say I’m not a huge fan of made up words in stories, especially with an ARC copy that I stop and wonder if things are meant to be that way or am I reading through typos. I didn’t actually even realize the title is one of those words, munmun = money in the story.  I think that for me was the one thing that kept me from really falling in love since the action was actually quite unique. There was always something going on to progress the story forward and a lot of it was really a creative take on our own upper, middle and lower class. In the end I found it all fast paced, fun and a unique read and would probably rate this one at 3.5 stars. 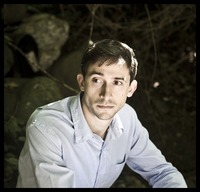 Jesse Andrews is the New York Times bestselling author of Me and Earl and the Dying Girl and the screenwriter of that book’s Sundance Grand Jury Prize–winning movie adaptation. He’s also the author of The Haters, which Booklist called “effortlessly readable, deeply enjoyable,” in a starred review. He lives in Brooklyn.