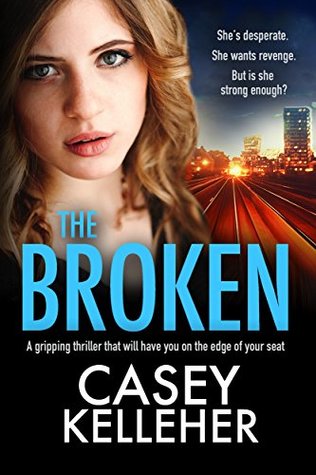 They took her dad, but she won’t let them take her.

Nancy Byrne was the apple of her daddy’s eye. He might have been one of the most-feared gangsters in London, yet Jimmy Byrne idolised his little Nancy. But now Jimmy is dead, gunned down in cold blood – and Nancy vows to avenge his death.

She’s only twenty years old, but as the new head of the ruthless Byrne gang, running a lucrative world of drugs, sex and violence, she’s in over her head. Keeping her family together while her beloved grandma falls apart and her brother Daniel goes off the rails forces Nancy to grow up – fast.

But while Nancy takes the men on at their own game, there’s a greater danger hiding on the dark streets. Jimmy’s killer is on her trail – and will stop at nothing to shut her up.

Blood might be thicker than water, but soon, Nancy realises she can’t trust anyone. Not even her own family.

Especially her own family.

A gritty, gripping read full of shocking thrills and suspense – readers of Mandasue Heller, Martina Cole and Jessie Keane will be addicted until the very last page.

The Broken by Casey Kelleher is a thriller that takes readers into the gritty underside of a crime family. When starting this one it felt a bit like being dropped into the action so after a bit of investigating I discovered that this book does seem to be a continuation of at least one of the author’s other books, The Betrayed.

Now not having read the previous novel myself I can’t say where the story left off or when it picked up exactly. The Broken joins in the Byrne family’s story as they are just having to bury the father, Jimmy, who had been a huge gangster and had been training his daughter, Nancy, to take over the family business.

The story pretty much covers any little bit of crime you would expect from the family of a gangster. There’s drugs, deception, murder and mayhem galore as you explore this dark side of crime. There’s also rape included among the violence for those that may be bothered by such things.

I could see while reading this book that Casey Kelleher really could bring these characters and the crime family to life with it showing in her nice writing. I do believe though I would have connected a bit better and rated a bit higher if I had known this was a continuing story, there were just those missing elements which seems to be expected when jumping in and I always try to avoid doing so unless books aren’t clearly marked like this one. In the end I found this a good tale but I’d wished I had read the first.

Born in Cuckfield, West Sussex, Casey Kelleher grew up as an avid reader and a huge fan of author Martina Cole.

Whilst working as a beauty therapist and bringing up her three children together with her husband, Casey penned her debut novel Rotten to the Core. Its success meant that she could give up her day job and concentrate on writing full time.

She has since published Rise and Fall, Heartless, Bad Blood, The Taken, The Promise and her next release The Betrayed is due for publication on the 21st June 2017.